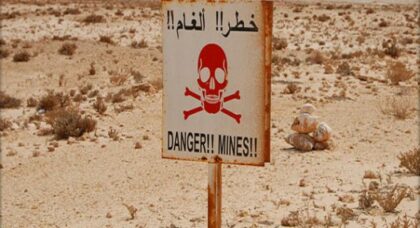 Morocco has removed and destroyed 96,272 landmines since the launch of a demining process in 1975. These included 49,325 anti-personnel mines and 20,543 bomb remnants, Morocco’s Ambassador to Norway Lamia Radi said.

The Ambassador made the statement while speaking at the Fourth Review Conference of the States Parties to the Convention on the Prohibition of the Use, Stockpiling, Production and Transfer of Anti-personnel Mines and on Their Destruction that took place in Oslo.

“Aware of the danger posed by mines and the remnants of war on the population, the Royal Armed Forces have taken demining action since 1975 in order to reduce the impact of such material,” she said.

Thanks to such efforts, Morocco cleared a surface area of 5560.9 square kilometers, she said, noting that landmine removal was reinforced in 2007.

She, however, deplored that landmines have taken the lives of 812 people between 1995 and 2019 in Morocco’s southern provinces, the Sahara.

Such landmine explosions are blamed on the traps laid by Polisario militias, which were planted randomly without mapping.