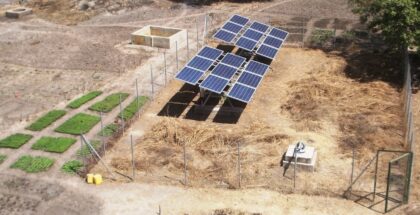 The Gambian government has unveiled a plan to give access to electricity to 30% of the rural population by 2030.

The information was revealed by Bittaye Darboe, Permanent Secretary of the Ministry of Petroleum and Energy.

To achieve this goal, the government plans to rely on off-grid electrification solutions such as domestic installations and mini-grids.

The project is funded by the World Bank and Clean Technology Fund and implemented by the ECOWAS Centre for Renewable Energy and Energy Efficiency (ECREEE) together with West African Development Bank.

The implementation of this plan will be carried out within the framework of the Regional Off-Grid Electrification Project (ROGEP).

ROGEP is supporting The Gambia and 18 other countries in West Africa and the Sahel, to accelerate the development of standalone solar PV systems in off-grid areas to increase electricity access by stimulating both public and private sector investments in rural electrification.

The objective of the study is to access the market for off-grid solar systems and recommend the most realistic market-based mechanism(s) that will lead to scaling up access using solar technologies by the private sector.

Bittaye Darboe described access to electricity as a prerequisite for the establishment of new businesses and the expansion of existing ones, providing the platform for job creation, social development and economic growth.