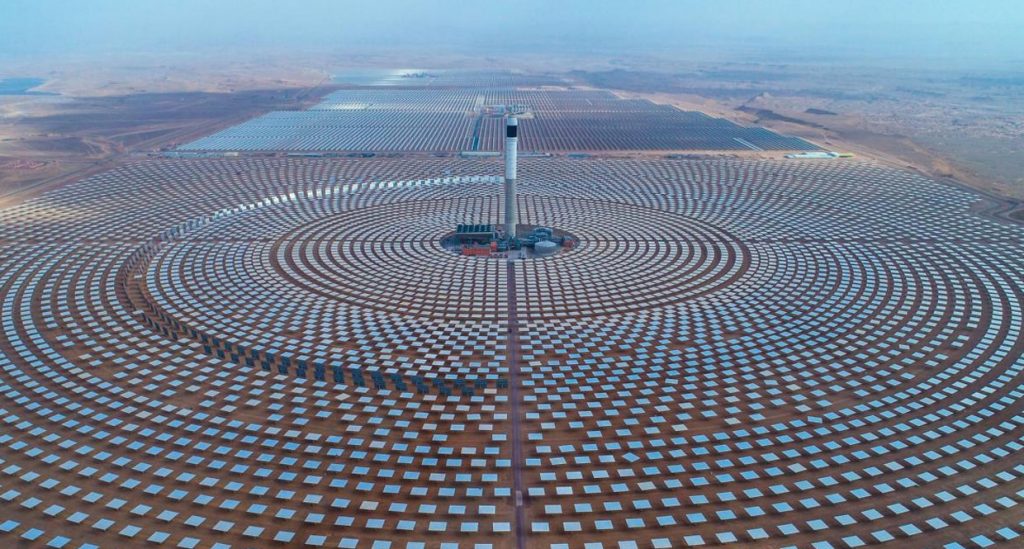 King Mohammed VI, accompanied by Crown Prince Moulay El Hassan, chaired on Thursday in Rabat a meeting devoted to the renewable energies strategy within the frame of the Sovereign’s constant follow up of the major and strategic projects launched in the Kingdom.
During this meeting, the Monarch noted “several delays” in the implementation of this landmark project and stressed the need to complete this strategic project within the frame of the scheduled deadlines and under the best conditions, by acting with the required rigor, said a statement released by the Royal Office.
“The development of renewable energies plays, in the current context, a central role in the evolution of the global economy and energy transition, which confirms the pertinence of the strategic choices made by the Kingdom under the far-sighted royal leadership”, added the press release.
Thanks to the wise royal stewardship, the renewable energies gained an importance place in the national energy mix, enabling the Kingdom to earn a recognition for its pioneering role it plays today in this future-oriented sector.
To reduce its reliance on imported fossil fuel and support its green economy strategy, Morocco has set an ambitious program seeking to increase the contribution of renewable energies in the national energy mix to 52 pc in 2030.
To reach this goal, the North African Kingdom has launched several major solar energy projects and wind power farms with the support of major global players in clean energy.