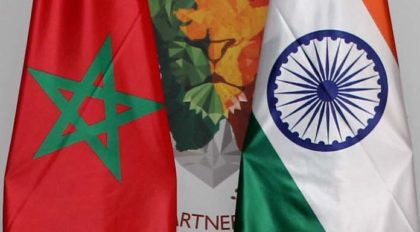 The two countries, already bound by strong ties, have yet to unlock the full potential of their relations by increasing mutual investments and by examining prospects for a free trade agreement, he told Morocco’s news agency MAP.

Businessmen from both countries should consider win-win projects, he said.

Jaishankar cited technology as a promising field of cooperation notably after the opening of a Moroccan-Indian IT excellence center.

The automotive sector and pharmaceutical industry also stand as key areas of cooperation, he said, noting that India looks at Morocco as a gateway to investments in Africa.

Relations between Morocco and Indi gained momentum following the visit paid by King Mohammed VI to India in 2015 during which the Sovereign and Prime Minister Narendra Modi agreed to build a Strategic Partnership. The King had then participated in the third India-Africa Summit Forum.

The two countries agreed last February to set up a Joint Working Group on Counterterrorism to develop a comprehensive approach to combat terrorism including cross-border terrorism, terrorist financing, and recruitment of terrorists.

The balance of trade is generally in favor of Morocco because of India’s imports of phosphates. India sources a large chunk of its rock phosphates and phosphoric acid requirements for its fertilizer industry from Morocco, the world’s biggest phosphate exporter.