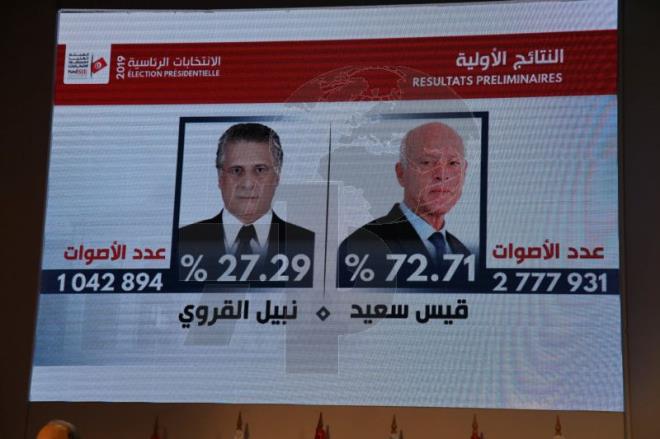 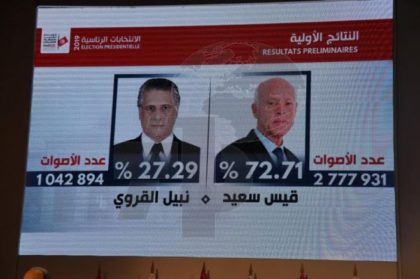 Tunisian Prime Minister Youssef Chahed welcomed the results of the Sunday runoff as a plebiscite against corruption, in reference to the defeat of media mogul Nabil Karoui formerly charged for money laundering and tax evasion.

Around 72 per cent of the 7 million Tunisian voters Sunday picked independent candidate Kaïs Saïed as the country’s next president.

Saïed faced off Karoui arrested in August for money laundering and tax evasion. Authorities in June seized his assets and imposed a travel ban on the business man. Karoui was remanded in prison until last week, just a couple of days before the runoff.

“The Tunisian is against the corruption system with its media and its political branches, and that is the most important message,” Chahed said.

Karoui imputed his defeat to his detention that prevented him from campaigning.

The media tycoon has been at war with Chahed and moderate Islamist party Ennhadha for masterminding his arrest and detention.

Karoui had asked Chahed to step down after he submitted his candidacy for the election. The Tunisian Prime Minister was crashed in the first round, garnering only 7 per cent.

According to the preliminary results of the presidential runoff announced Mondy by the Independent High Authority for Elections (ISIE), Kais Saied won 72.71 % of votes while Nabil Karoui got 27.29% of votes.