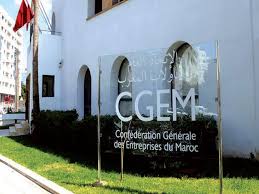 Head of the Moroccan enterprises federation (CGEM) Salaheddine Mezouar submitted his resignation after being criticized by a foreign ministry statement over remarks concerning the unrest in Algeria.

Mezouar, who announced his resignation in an e-mail to the CGEM members citing “major personal constraints”, had told an international conference in Marrakech that the military regime in Algeria should accept power sharing after popular protests and that these protests “bring hope” to the region.

“The government of His Majesty denounces the irresponsible, awkward and ill-thought statements by Salaheddine Mezouar,” said the Foreign Ministry in a statement.

The statement added that Mezouar should not have commented on the domestic issues of Algeria at such an international conference adding that his remarks “raised questions among the political class and the public opinion with regard to their timing and motivations.”

The CGEM can in no way replace the government in taking positions on international issues notably the latest developments in Algeria, said the statement.

Morocco has a “clear and steady” position regarding developments in Algeria, it said.

“The Kingdom of Morocco has in fact decided to adopt an attitude of non-interference with regard to the developments in Algeria. Morocco abstains from giving comments in this respect. It has neither to interfere in the domestic issues of this neighboring country not to comment on them in whatsoever manner,” the statement said.

Mezouar has taken many government jobs including finance and foreign minister and was head of liberal RNI party.