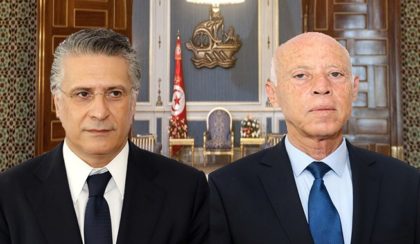 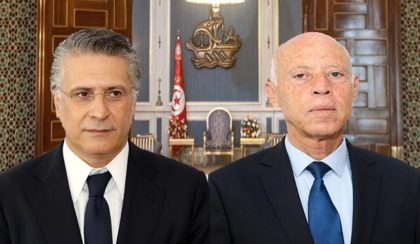 The 61-year-old independent candidate Kaïs Saïed won the second round of the Tunisian presidential election, held Sunday, with a landslide victory as he garnered 76.90% of the vote, becoming thus Tunisia’s new President.

His rival, businessman Nabil Karoui, received only 23.1% of votes.

Kaïss Saïd benefited from the “crucial” support of the Islamist “Ennahda” party to win this election. Former Tunisian President Moncef Marzouki had also thrown his support behind Kaïss Saïd.

Kaïss Saïd, a neophyte in politics and an academic perceived as very conservative on societal issues, had created surprise by winning the first round of the presidential election held on September 15 with 18.4% of the vote.

He had then welcomed the results, noting that his victory heralds a new Tunisia.
“My win brings a big responsibility to change frustration to hope… it is a new step in Tunisian history… it is like a new revolution,” he had told a local radio station at the announcement of the results of the first round.

Partisan of a radical decentralization, he crushed in the second round his rival Nabil Karoui, who was incarcerated on money laundering charges during the first round he won with 15.6% of the votes.

Nabil Karoui has admitted his defeat. However, he deplored the fact that he did not have the same chances as his challenger to stage his campaign.

He has reportedly refused to “congratulate” Kaïs Saïed for his victory.

More than 60% of the around 7 million voters turned out for the second round while the turnout was only 42 % during the first round.