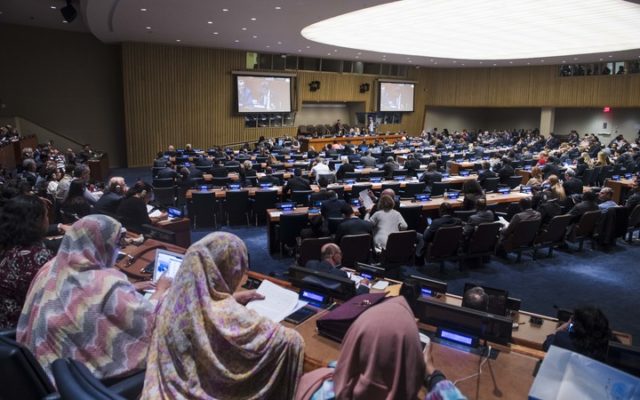 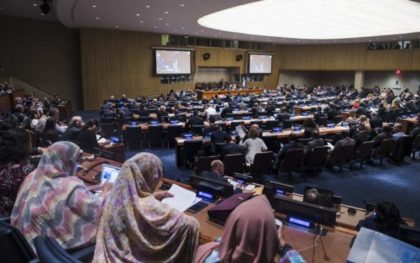 Several petitioners who took the floor before the UN 4th Committee have defended Morocco’s historical sovereignty over the Sahara and commended the Morocco-proposed autonomy initiative as a viable solution to the regional dispute.

Petitioners from Africa, Europe, Latin America and the USA agreed that the autonomy proposal enjoys wide support at the United Nations and demonstrates Morocco’s political will to find a solution, underlining that the initiative is recognized as serious and credible and helps to isolate extreme situations that encourage separatism, besides the fact that it will promote equitable and sustainable growth in the Sahara, and will enable the Sahraouis to return home under safe and decent conditions.

Through this practical and realistic proposal, Morocco is seeking a solution towards sustainable peace in order to end the suffering of those forcibly held in the Tindouf camps.

In this connection, Andrew M. Rosemarine from the International Law Chambers, said Morocco’s autonomy proposal is the best practical solution to the dispute. It is fair, flexible and far sighted because it provides a very large degree of self determination for the Territory’s people, with an emphasis on negotiations, he said.

Morocco also guarantees the Sahara people, both inside and outside the Territory, a privileged position and a leading role in regional institutions, without discrimination or exclusion, he added.

A number of petitioners, governmental officials, academics, international security experts and NGOs representatives have also underlined how the non-settlement of the Sahara issue can endanger the security of the whole region and have highlighted the dangerous documented links existing between the Algeria-backed Polisario Front and terrorist groups seeking to wreak havoc in the Sahel-Sahara region.

As an international community, “we must be aware of the inestimable potential of a definitive solution to the Sahara dispute, not only in terms of cooperation and development, but also in addressing the major challenges which are facing the region and the Sahel”, said the representative of Senegal Abdoulaye Barro before the members of the Fourth Committee.

Indeed, security issues and the need to fight terrorism and respond to the cross-border challenges generated by the vastness of the Sahara “require more than ever a pragmatic approach of partnership in the Sahel-Sahara region that combines the humanitarian component with that of security policy and socio-economic development,” he pointed out.

“At this critical time when our Sahel region faces several threats and challenges, we are optimistic that such an initiative could contribute to security and stability in the Sahel region,” the Gambian diplomat added.

Jose Maria Gil Garre from the International Security Observatory, also described the Polisario as a danger to the Sahel-Sahara, especially considering the presence of terrorist organizations in the region. Terrorism and organized crime are rife, he said, adding that some members of Polisario are involved in criminal activity.

The Tindouf camps demonstrate the despair resulting from Polisario’s leadership, he said, calling upon the international community to face the issue before the situation deteriorates further and the Sahara is permanently destabilized. Morocco’s proposal could be the definitive solution to this issue, he added.

North Africa Post's news desk is composed of journalists and editors, who are constantly working to provide new and accurate stories to NAP readers.
NEWER POSTChief of Morocco’s Business Federation Resigns after being Lambasted over Algeria Remarks
OLDER POSTMorocco Renews its Policy of Non-interference in Algeria’s Internal Affairs