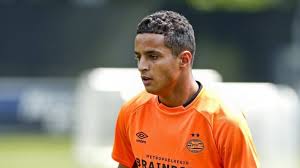 A Dutch football legend has advised the Dutch football association, KNVB, to cease training young players of Moroccan descent over the case of young talent Mohammed Ihattaren now at the center of a showdown between Morocco and the Netherlands.

“What is the use of choosing Moroccan players? It is useless if things play out again like that. I understand that choosing one’s origins is a pride, but the KNVB must start refusing to train players for other countries,” Gullit added.

Ihatteren, 17, playing for Dutch premium league team PSV Eindhoven is currently giving headache to the Dutch football association after he refused to play for the Dutch youth team, demanding for time to reflect over his future after being called to join Morocco’s A team by manager Vahid Halilhodzic.

The Utrecht-born teenager’s case recalls the case of Ajax Amsterdam star Hakim Ziyech and several other young Dutch talents of Moroccan descent who chose the North African country over the Dutch national team.