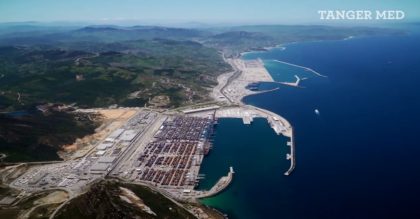 Antifragility is a concept coined by Nicholas Taleb in his book, Antifragile, according to which stressful conditions, shocks, volatility, faults or attacks are all factors that may end up building up an antifragility system strengthening capabilities and preparedness as well as cutting dependence.

The concept applies to greater extents to Morocco’s relations with Algeria which has created – through its unwillingness to cooperate and its hostility- conditions propitious for Rabat’s self-sufficiency in a set of realms.

The most recent manifestation of Morocco’s antifragility is the deal signed between electricity utility and Sound energy to supply the two power stations that used to depend on Algeria’s gas until a recent past.

The deal was only fathomable and made necessary after Algeria unilaterally scrapped a gas pipeline in what they depicted as a blow to Rabat to conceal a reality according to which Algeria is no longer able to export to Europe through three pipelines due to a decrease in pumping capacity.

Morocco’s antifragility system is also starkly apparent in Rabat’s capacity to circumvent all Algeria’s attempts to isolate it.

Algeria first closed the borders in 1994 to maximize the economic cost and cut Morocco from the rest of the Maghreb and later it tried in vain to use its Polisario proxy to undermine trade between Morocco and the rest of Africa.

But with hindsight, Morocco took forward-looking measures fostering its maritime infrastructure with world-class ports and highways backed by a diplomatic offensive based on a win-win approach that made Rabat a reliable partner for African nations looking to diversify their economies.

The return of Morocco to the African institutional family, the increasing support for Morocco’s territorial integrity and the US recognition of Morocco’s sovereignty over the Sahara are all indicators that Rabat’s diplomacy has dwarfed Algeria’s without having an intention to do so.

Morocco’s motives for regional leadership are legitimate and backed by history and by the demographic and economic weight of the country as well as its geographic position as a maritime power that has always been at the heart of ties between the Maghreb and the rest of Africa.

Moroccan philosopher and historian, Abdellah Laroui, once said that Morocco is an island and it should act accordingly referring to the unwillingness of a military regime in Algeria to normalize ties. By building a diversified economy open to the rest of Africa, backed up by a human approach to ties with African states, Morocco could make its voice heard and defend its legitimate cause.

At the military level, Algeria’s lavish spending on armament meant that Morocco had to invest in order to maintain the balance of power opting for acquiring state-of-the art technology besides launching its own defense industry to reduce reliance on imports.

Through its hostility and self-defeating measures targeting Morocco, Algeria’s belligerence is serving as a trigger for a strengthened Moroccan anti-fragility system.