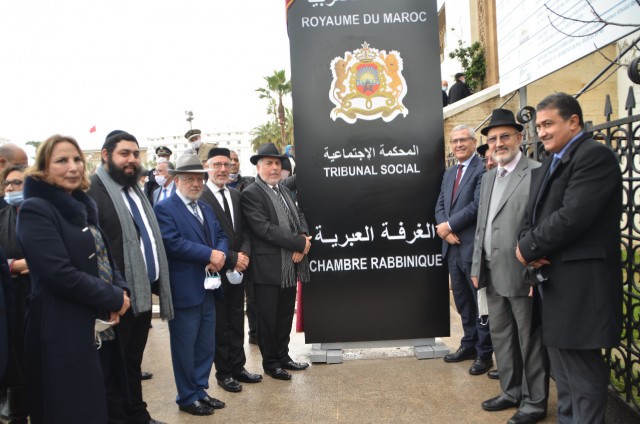 Morocco: Towards enhancement of role of Hebrew Chamber at Casablanca Civil Court 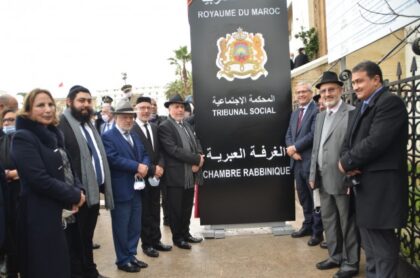 Minister of Justice Mohamed Ben Abdelakder held a meeting, on Wednesday, with judges of the Hebrew Chamber of the Civil Court in Casablanca during which he took note of their proposals and expectations with a view to enhancing the role that the Hebrew Chamber plays under the Moroccan judicial system.

During this visit, the minister unveiled the new plate bearing the name of the Hebrew Chamber.

For Ben Abdelkader, the plan to make the Hebrew chamber more visible and better integrated within the Moroccan system echoes the North African country’s longstanding history of social inclusiveness and religious tolerance. The Hebrew judicial system was “historically framed by several royal decrees,” he said, in a statement to the media.

Ben Abdelkader stressed that Morocco constitutes an exception in the Arab world as it is the only country where Moroccan Jewish citizens have their own Hebrew judicial system.

He added that the Hebrew judicial system in the Kingdom has undergone great development and has become specialized in matters of personal status on the basis of the law of Moses and the rules of the Talmud.

For his part, President of the Chamber Judge-Rabbi Joseph Israel, who has been a judge in this court since 1987, indicated that this Chamber specializes in the personal status of Moroccans of Jewish faith, in particular marriage, divorce, as well as last will and testaments.

Morocco is the only country in the world which has a Hebrew Chamber and where justice is rendered on the basis of the law of Moses for Moroccan Jewish nationals, he added, noting that this situation does not even exist in European countries.