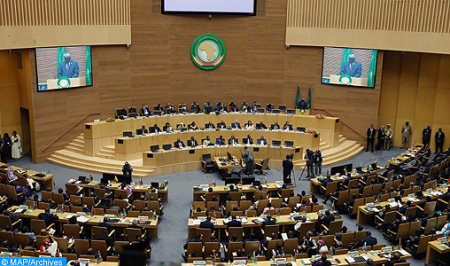 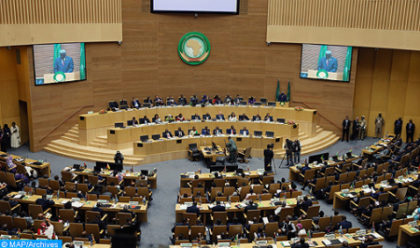 Morocco took over as of this Sept.1 the rotating chairmanship of the Peace and Security Council of the African Union (AU) for one month.

Morocco, which has been elected in January 2018 to the AU Peace and Security Council (PSC) for a two-year term (2018-2019), chairs for the first time the AU standing decision-making organ for the prevention, management and resolution of conflicts.

The election of Morocco to the PSC is a recognition of the efforts made by Moroccan diplomacy at the continental level under the leadership of King Mohammed VI, and reflects the importance of Morocco’s role in the prevention and management of conflicts as well as in post-conflict reconstruction.

“The Moroccan presidency of the AU PSC will be the opportunity to implement the Royal Vision regarding the African joint action in the areas of peace and security, this being a precondition to ensure the continent’s sustainable development,” Morocco’s Permanent Representative to the AU and to the Economic Commission for Africa (UNECA), Mohammed Arrouchi, told MAP correspondent in Addis Ababa.

Climate change, transitional justice, the fight against terrorism and violent extremism, the reform of the security sector in African countries and the interdependence between peace, security, development and mediation are among the issues that top the priorities of the Moroccan presidency of the PSC, noted the diplomat, who will chair on Tuesday a meeting of the Council, the first for the month of September.

The fundamental principle of the Moroccan presidency of the Council is to ensure the preservation of African unity and solidarity while paying particular importance to the interests of Africa and African populations, he pointed out.

In a speech before the 28th AU Summit, held in January 2017 in Addis Ababa, King Mohammed VI vowed that Morocco, after its return to its African family, would contribute to implementing the agenda of and would help bring about unity and progress.

Last June (24-26), the PSC convened a meeting in the Atlantic coastal city of Skhirat (near Rabat) that focused on the reform of the council to enable this AU body better address the challenging security and development issues in Africa, mainly silence guns in Africa by 2020.

The PSC is tasked with anticipating and preventing disputes and conflicts. Its missions also include undertaking peace-making and peace-building initiatives to resolve conflicts, authorizing the deployment of peace support missions, promoting peace, security and stability in Africa, among others.