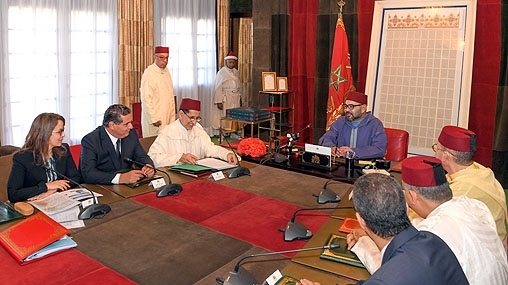 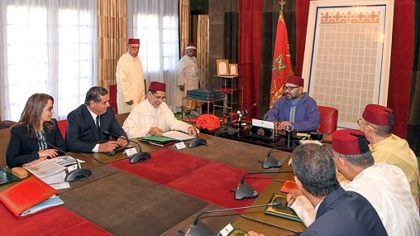 King Mohammed VI gave instructions to the concerned departments to launch the construction of dams of different sizes across the country to secure to the inhabitants of the Kingdom’s various regions drinking water, as well as irrigation water and livestock watering.

The decision was announced by the Sovereign at a meeting on water issues he chaired Tuesday in Rabat and during which he took note of the first conclusions of a commission, set up in October 2017, to address the problems of water scarcity and find adequate solutions.

After he took note of the first conclusions of the commission chaired by the Head of Government, King Mohammed gave his instructions “for the construction, as soon as possible and in different regions of the Kingdom, of dams of different capacities (large, medium and small), as well as hill dams,” said the Royal Office in a statement.

The Sovereign also called for considering the possible establishment of desalination plants, and for carrying on the water saving program in farming, the statement said.

Besides, an awareness campaign will be staged by the government, in partnership with NGOs and other parties involved in the water issue, in a bid to raise citizens’ awareness to the need to rationalize the use of water, the statement said.

Since his accession to the throne, King Mohammed VI has consolidated the policy led by the late King Hassan II to provide the Kingdom with water infrastructures to meet citizens’ needs. Thus, in 18 years, thirty dams of different sizes have been built.

However, due to natural hazards and rising water demand, the risk of water shortage has increased significantly.

North Africa Post's news desk is composed of journalists and editors, who are constantly working to provide new and accurate stories to NAP readers.
NEWER POSTMorocco to Set up National Crime Observatory
OLDER POST2026 World Cup: Has Saudi Arabia Turned its Back to Morocco?