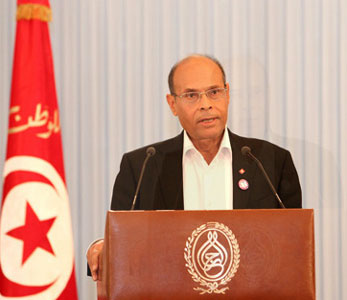 Former Tunisian President Moncef Marzouki who is running for the Tunisian presidential elections said that all his attempts to relaunch the integration process in the Maghreb met with Algerian headwinds that prevented the Maghreb Union from materializing.

Marzouki said that if re-elected he would support the holding of Marrakech 2 summit in order to put the Maghreb Union back on track, citing the winds of change in Algeria which may bring a mentality change.

He said the end of the transitory period in Algeria would bring a new Algerian leadership that breaks away with the zero-sum attitude towards the Maghreb that marked the era of outgoing President Bouteflika.

Morocco, Tunisia, Libya and Mauritania have always supported the idea of a stronger regional union of more than 100 million inhabitants, he said.

Morocco has kept calling for a stronger Maghreb union to unlock integration potential and join efforts in the face of regional economic and security challenges.

Economists estimate that Maghreb countries lose 2 percentage points of their GDP growth due to lack of integration.