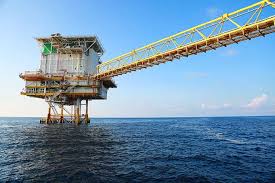 Noble Energy has made a new discovery in Block 1 offshore Equatorial Guinea, with the US company expecting to produce new oil by October, the oil minister said on Tuesday.

According to Gabriel Obiang Lima, minister of hydrocarbons and mines, the government is excited to announce the discovery, “which could not have come at a more opportune time,”

He said the government has been dedicated to developing resources to build a better economy and create opportunities for “our people and, it seems we are gaining momentum”.

“It’s always been our firm belief that our country is relatively underexplored. When companies drill offshore Equatorial Guinea, their likelihood for a discovery is real,” Lima said noting this is great news for the economy, job creation and local content development.

Production tests from the well-yielded flow rates of 371 barrels per day of condensate and 36 million cubic feet per day of natural gas, or approximately 6,371 barrels of oil equivalent per day (based upon a natural gas to crude oil conversion ratio of 6 to 1), with production rates limited by test facilities.

North Africa Post's news desk is composed of journalists and editors, who are constantly working to provide new and accurate stories to NAP readers.
NEWER POSTAfter King’s call, Government speeds up regionalization process
OLDER POSTNo permit has been given to build any Holocaust memorial in Marrakech-Authorities say