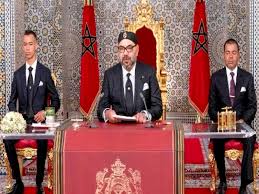 After King Mohammed VI has called for speeding up advanced regionalization and administrative devolution in his latest speech, the Government is reportedly busy finalizing the master plans for the transfer of powers from the central to the regional administrations.

According to local media, the Executive has reached the “final stages” in materializing the transfer of powers to regions.

“I believe that full and optimal implementation of advanced regionalization and administrative devolution is one of the most effective mechanisms that can help boost local productive investment projects and enhance regional equity,” King Mohammed VI said in a speech on the celebration of the 66th anniversary of the Revolution of the King and the People.

The King deplored the fact that despite the efforts made and the legislation adopted, many matters are still being dealt with in Rabat, at central government level. Consequently, the rate of project implementation is slow, and some projects are quite simply abandoned.

“I therefore call on the government to make this issue a priority, tackle administrative shortcomings and make sure highly qualified human resources are made available at the regional and local levels to address the challenges of the new phase.”

Heeding the royal call, the Government decided at its first council after the summer recess to speed up the devolution process, and although the transfer will be spread over the next two years in a gradual manner, actions concerning the transfer of the first competences to the regional administrations are expected before the end of 2019

Aujourd’hui le Maroc daily quoted Government officials as saying that the steering committee for the implementation of the devolution charter held several meetings and adopted several master plans. This means that the government will soon begin the transfer of several assignments to regional administrations.

Although the transfer will be staged over 2020 and 2021 in a progressive manner, the actions concerning the transfer of the first competences to the regional directorates, in accordance with a new configuration (common regional administrations), are expected before the end of this year.

The new configuration will be announced in the coming months. According to the government, “this will be a turning point in the Moroccan administration, because next to the regional councils, there will also be regional directorates with powers to negotiate with the regions, and therefore monitor programs, put in place plans at regional level, and take into account the specificities of each region,” the daily stated.

Following the royal speech, head of the government said his cabinet is proud of the Monarch’s practical, moral and political support to the regionalization project that will have an impact on the other development plans, mainly territorial justice and regional equity so that all regions benefit from the development process. It will also give great impetus to social programs at the regional level.

“We have now reached a stage in which no hesitation or mistakes are allowed – a stage during which we must come up with solutions to the problems standing in the way of development in our country,” the King said.