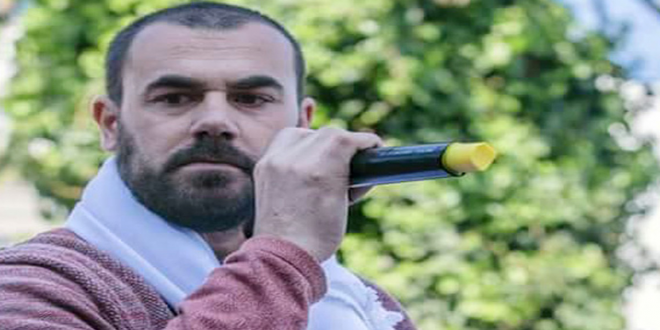 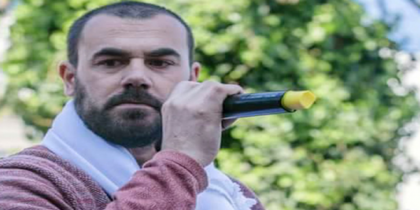 The agitator of Al Hoceima, Nasser Zefzafi, who dreams to become a champion of human rights, has come out empty-handed from his quest for international recognition as a hero-victim.

Actually, Nasser Zefzafi was not shortlisted for the Václav Havel Prize, shattering his whims to gain international stature with such a prestigious prize that only genuine great human rights defenders can claim.

His whims were nurtured by some of his supporters who endeavored hard and mobilized all their energy and acquaintances to have him shortlisted for the prize, ignoring the fact that the man has no records as a human rights advocate, either at home nor at the international level.

He became notorious during the Al Hoceima events because of his provocative acts and attempts to the security of the state.

His only feat of arms was to harangue the crowds and incite them to disrupt public order, and to politicize claims that were, in essence, economic and social.

Besides, in the trial that followed these events, he was sentenced to 20 years in prison for “undermining the security of the state”. He had also been convicted for intelligence with foreign parties, who financed his activities meant to undermine the stability of the region where he was born.

It is therefore understandable that Nasser Zefzafi was not retained in the list of the finalists vying the Václav Havel Human Rights Prize that was made public this Tuesday, Aug.27, dealing a blow to the agitator and his associates and backers, who want to bestow on him an undeserved international stature.

The Václav Havel Human Rights Prize rewards outstanding civil society action in the defense of human rights in Europe and beyond.

The distinction, created in 2013, is awarded annually by the Parliamentary Assembly of the Council of Europe. The prize is named after the Czech statesman (1936-2011) and figurehead of the Velvet revolution, who put an end to the communist regime.

The selection panel of the Václav Havel Human Rights Prize – made up of independent figures from the world of human rights and chaired by the President of the Parliamentary Assembly of the Council of Europe Liliane Maury Pasquier – met Tuesday in Prague and shortlisted three nominees. These are Ilham Tohti, a renowned Uighur public intellectual in China; Buzurgmehr Yorov, a human rights lawyer in Tajikistan; and Youth Initiative for Human Rights. The Initiative was established in 2003 to promote reconciliation through building connections between young people across the Balkans, from different ethnic groups, regions and countries.

It is therefore no wonder that the jury of this prize refused to associate the name of Václav Havel with that of Zefzafi, the very one who has recently asked to be deprived of his Moroccan nationality. What a feat of patriotism!

The overall winner of the €60,000-annual Prize is due to be announced at the opening of the autumn plenary session of the Parliamentary Assembly of the Council of Europe in Strasbourg on 30 September 2019.

North Africa Post's news desk is composed of journalists and editors, who are constantly working to provide new and accurate stories to NAP readers.
NEWER POSTNo permit has been given to build any Holocaust memorial in Marrakech-Authorities say
OLDER POSTHafedh Caid Essebsi subjected to Customs search at Tunis- airport based on intelligence