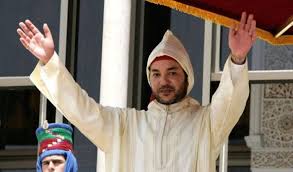 King Mohammed VI has granted Royal Pardon to 1,178 inmates on the occasion of Throne Day, celebrating the Monarch’s enthronement, it was officially announced on Saturday.

According to a statement issued by the Ministry of Justice, the list of the 1,178 pardoned inmates includes some of the protesters who were arrested on the sidelines of the social unrest in Al Hoceima.

The pardon was granted to people who did not commit any serious crimes or offenses, the statement explained.

Family and personal reasons were taken into account for the decision made in favor of these people, the statement said, adding the move translates “the special interest granted by the sovereign to this region and its population”.

According to the news portal le360, one of the leaders of the protests in the city, Salima Ziani, aka Silya, is reportedly among the persons pardoned, while Nasser Zefzafi, another leader of the protests who had created enormous disorder by interrupting a Friday sermon last May, is not on the list.

The portal said some 30% of the persons arrested because of the Al Hoceima events have reportedly benefited from the pardon and that others may be included in upcoming lists.
The King grants pardon to inmates on the occasion of religious and national holidays.

The Justice Department also announced that the Monarch granted pardon to the young people, member of the Justice and Development Party (PJD) who were convicted for condoning terrorism on the backdrop of the assassination of the Russian ambassador to turkey last December.

The six PJD youths were brought before court for praising the diplomat’s assassination on social media, as condoning terrorism is a crime under the Moroccan penal code.

Last May, they were handed sentences ranging from three years to eight months in prison.