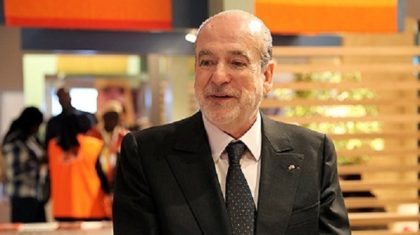 King Mohammed VI laid out in his August 20 speech a roadmap for a new social and political contract placing the citizen at heart of development programs, said Chairman of Crans Montana Forum Jean-Paul Carteron.

“Aware of the feeling of injustice that may be felt by some amid the rapid economic and industrial progress that changed many things, HM the King timely offers a new social contract underpinning the comprehensive adherence of the state, and all stakeholders including the private sector, political parties, unions, associations and all citizens,” Carteron told state news agency MAP.

Crans Montana organises an annual forum in the southern Moroccan city of Dakhla bringing together high-level government officials and businessmen from around the world as well as MPs, politicians and representatives of regional and international organizations.

In a speech on August 20, King Mohammed VI said he was looking forward “to seeing the proposed development model become the cornerstone for the establishment of a new social contract in which all stakeholders will be involved: the state and its institutions as well as the driving forces of the nation, namely the private sector, political parties, trade unions, civil society organizations and the citizens.”

King Mohammed VI had announced in the latest State of the Nation Address (July 29) the setting up by next fall of an ad-hoc committee for the development model that will make proposals and suggestions on how to improve the development reforms and increase their effectiveness.