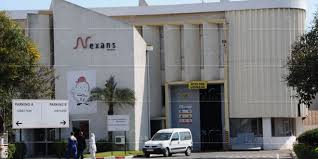 Nexans Maroc to Set up 2.5 MW Photovoltaic Rooftop at its Mohammedia Plant

Nexans Maroc and ENGIE Services Maroc recently signed a 15-year contract for the design, construction, supply, upkeep and maintenance of a photovoltaic rooftop plant with a 2.5 MW installed capacity.

This output of the installation, to cover an area of 13,000 m2, will supply nearly 22% of Nexans plant’s annual electricity needs and avoid the emission of more than 700 tons of CO2 per year, a press release said.

“The installation of the photovoltaic power plant on our industrial site in Mohammedia is part of Nexans’ strategy to be a player in sustainable development through investments contributing to the preservation of the planet. In addition, this self-production strengthens Nexans’ positioning in renewable energy projects both by producing and marketing cables and substations for wind and solar power plants and by being a consumer of clean energy,” said Karim Bennis, Managing Director of Nexans Maroc.

With its solar photovoltaic offer dedicated to self-production, ENGIE allows its customers to produce all or part of their own energy needs by using the sun-flooded surfaces available to them (roof or parking). The ENGIE offer includes the financing of the solar power plant, the design, installation, operation, and maintenance of the facility, the press release explained.
ENGIE’s photovoltaic solar supply contributes to the development of decentralized electricity production in Morocco and confirms ENGIE’s ambition to become the leader in the zero carbon transition in the country. “With this photovoltaic solar power plant, we are making an innovative offer in the energy sector in Morocco for Nexans. The “as a service” offer reconciles value creation and positive impact by offering an integrated, tailor-made and co-funded solution model. This contract is fully in line with ENGIE’s strategy to accelerate the zero carbon transition of its customers, “said Philippe Miquel, President and CEO of ENGIE Services Maroc.

North Africa Post's news desk is composed of journalists and editors, who are constantly working to provide new and accurate stories to NAP readers.
NEWER POSTAfrica Called to Increase Investments in Fertilizer Value Chain
OLDER POSTAfDB: Morocco’s Economic Growth to Increase to 3.9 in 2021