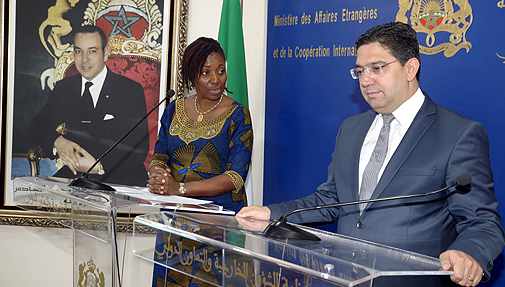 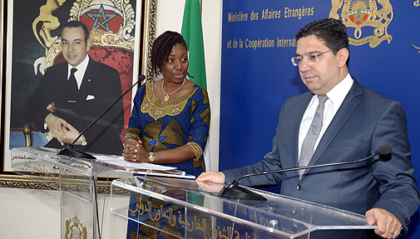 Morocco has renewed its support to Sierra Leone’s efforts to boost its economic and human development.

This came at a meeting Monday in Rabat between the two countries’ Foreign Ministers, Nasser Bourita and Nabeela Tunis, who discussed means of strengthening bilateral cooperation and increasing Morocco’s contribution to the development efforts led by Sierra Leone.

She reiterated the importance that her country attaches to her good relations with Morocco, and Freetown’s commitment to explore new areas of cooperation and economic partnership with the Kingdom.

The two parties also welcomed the convergence of views and the high level of coordination at the continental and international levels, mainly at the African Union and the United Nations.

Regarding the Sahara issue, Nabeela Tunis reaffirmed her country’s “constant support” to the territorial integrity of Morocco and backing to the autonomy plan for the Sahara, the joint statement said.

She hailed in this connection “Morocco’s efforts, through the autonomy plan, to reach a political and peaceful solution to the Sahara issue”.

Nabeela Tunis also voiced Sierra Leone’s “strong support” for the role of the UN as an “exclusive forum” for the settlement process of the Sahara conflict, added the joint statement.