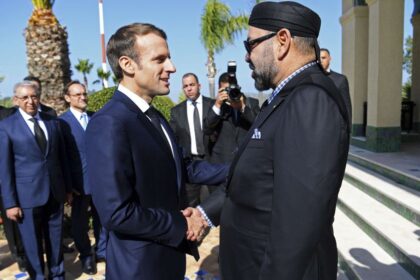 Paris has described on Tuesday Morocco as being “a great country and a friend of France” and “a crucial partner of the European Union”.

Morocco is “a great country and a friend of France” and is “a crucial partner of the European Union,” the French Foreign Ministry said on Tuesday.

“Morocco is a great country and a friend of France with whom Paris maintains an exceptional partnership,” the deputy spokesperson for the French Foreign Ministry said, underlining that Morocco “is a crucial partner of the European Union.”

The deputy spokesperson made the statement while answering a question on Morocco’s relations with the European Union and with Spain, in particular, as King Mohammed VI has announced in a speech last Friday the opening of a new stage in relations with Madrid, insisting that these relations should be based on “trust, transparency, mutual consideration and respect for commitments.”

“The relations between Morocco and Spain are close and solid and we have no doubt that the two countries will continue and amplify these strategic relations”, said the Deputy Spokesperson.

In his speech, the King also underlined the relations of partnership and solidarity between Morocco and France, which are “underpinned by the solid relations of friendship and mutual esteem” which unite the Sovereign and President Emmanuel Macron.