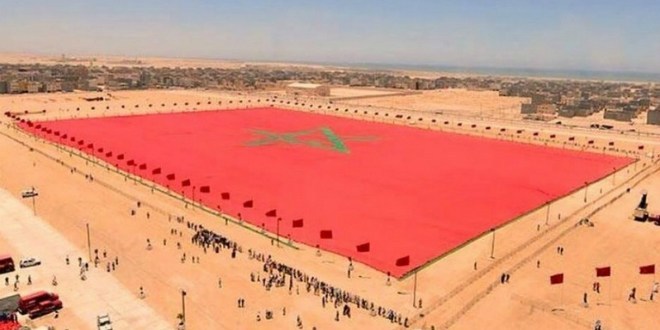 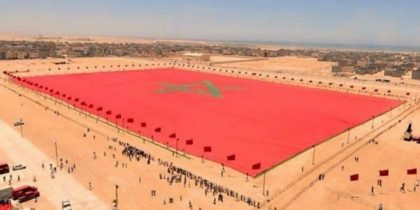 Last April, just few months before he hands over power, the former Mauritanian president, Mohamed Ould Abdelaziz, whose country is involved in the UN talks to resolve the Sahara conflict, made a “confidence” to the Palestinian journalist, Abdel Bari Attwane.

Mohamed Ould Abdelaziz had then revealed that Western countries simply do not want the establishment of a state between Morocco and Mauritania. The former president did not reveal who these countries are, but some recent news have corroborated the fact, says Moroccan news outlet le360.

The United States and Spain are actually opposed to a new state in North Africa.

According to the news outlet, On August 1, the Spanish Foreign Minister Josep Borrell represented his country at the inauguration of the new Mauritanian President, Mohamed ould Cheikh El Ghazouani, and met with a number of high-ranking Mauritanian officials, including the president elect.

During the meeting with President Ghazouani, Borrell reiterated his country’s commitment to maintaining security and stability in the land corridor between Mauritania and Morocco and “stressed the importance of the Spain-Mauritania relations.”

Following the meeting, the Spanish Foreign Ministry renewed in a statement Madrid’s attachment to maintaining peace, security, and stability in the “strategic region of the Maghreb.”

While the socio-economic ties between Morocco and Spain are second to none in the Maghreb, Mauritania is also a strategic partner for Madrid.

As with Morocco, fisheries, the fight against transcontinental criminal networks, as well as joint efforts against irregular migration are the pillars of the bilateral links between Madrid and Nouakchott.

Some ten years ago, Spain deployed in Nouadhibou (northwestern Mauritania) an imposing security device entrusted with preventing would-be migrants from illegally joining the Canary Islands from the Atlantic corridor along Mauritania, le360 says, explaining that joint maritime patrols with Mauritanian coastguards, supported by aerial reconnaissance missions, have almost closed this access to Europe.

Central to Madrid’s opposition to the creation of a new state in the land corridor between Morocco and Mauritania are profound concerns over security and the looming, constant threat of terrorist groups, the news outlet underscored.

It is precisely this security concern that prompted the Spanish Foreign Minister to warn against the obstructions that the Polisario leads sporadically in the vicinity of El Guerguarat crossing point.

“For Spain, this is essentially a Morocco-Mauritania border requiring efforts from both countries to put together a joint force with the task of monitoring the heavy road traffic and merchandise circulation between Europe, Morocco, and the rest of Africa,” le360 noted.

According to the Moroccan news outlet, Borrell’s concerns were echoed by another senior Spanish diplomat, Angel Losada, the European Union’s special representative to the G5-Sahel, at a meeting with president Ghazouani.

In addition to security concerns, the economic interests of Spain and the European Union are also at stake because many Spanish and European trucks use daily this crossing point between Morocco and Mauritania in both directions.

The United States on its part made it clear that independence is not an option for settling the dispute over the Moroccan Sahara and that Washington would not support a plan to create a new state in Africa.

This stand was clearly expressed in a story published last Sunday (Aug.11) by the US widely-circulated daily, The Wall Street Journal.

The daily’s special envoy to Morocco Dion Nissenbaum reported that US officials who are closely following discussions on the Sahara issue have said that the United States made it clear that Washington “would not support a plan that leads to a new African nation,” the author of the article writes quoting officials involved in the talks.

The Wall Street Journal notes further that Moroccan and Western officials involved in negotiations say that the United States, at least in private, backs Morocco in its opposition to the creation of an independent nation in the Sahara.