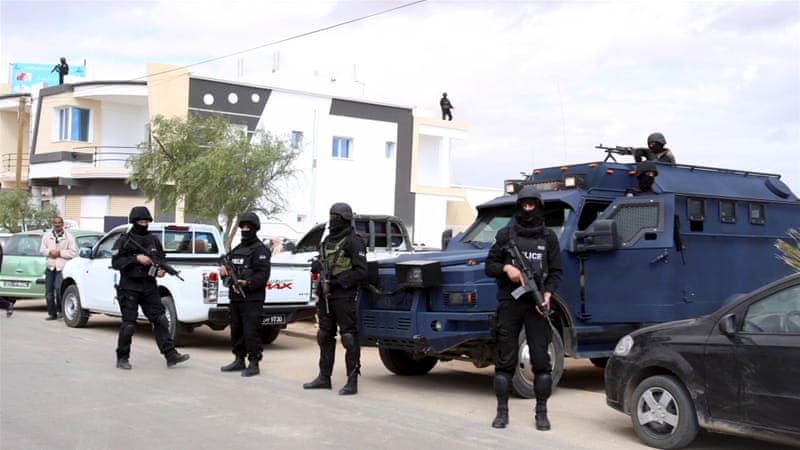 Security forces Thursday brake up a five-man terror cell in Jendouba, Northwestern of the country as authorities try to crash recent terrorism insurgency.
One of the suspect terrorist, Webdo Tunis reports was arrested in possession of a video praising terrorism and recent terror attacks in the capital Tunis. The video was discovered in a cell phone.
The suspects have been put into custody and are expected to appear before the national anti-terrorism brigade.
In a separate reports, the National Guard on Thursday announced the arrest of five other terrorists wanted by authorities, in three different governorates across the country.
The forces conducted on Wednesday-Thursday night raids in Zaghouan and Hafouz in Kairouan governorate, Mnihla in Ariana governorate and Tebourba in Manouba, colonel Houssem Eddine Jebabli, spokesman of the forces reportedly told local radio Mosaique FM.
The operations led to the five unidentified terrorists, two of whom had been already sentenced to 30 and 38 years in prison.
Tunisian security forces have on the alert since Thursday last week after two subside bombers blew themselves up in capital Tunis in different locations killing one police officer and wounding several others.
Tuesday another terrorist wanted by authorities because believed to be the mastermind of the two attacks, also blew himself after being surrounded by security forces in Tunis.
Wednesday Prime Minister Youssef Chahed said the National Guard and anti-terrorism brigade had been able to arrest or kill all members of the terrorist group responsible for the last week attacks. He noted that the attacks were targeting Tunisia’s democracy, tourism and November Presidential elections.