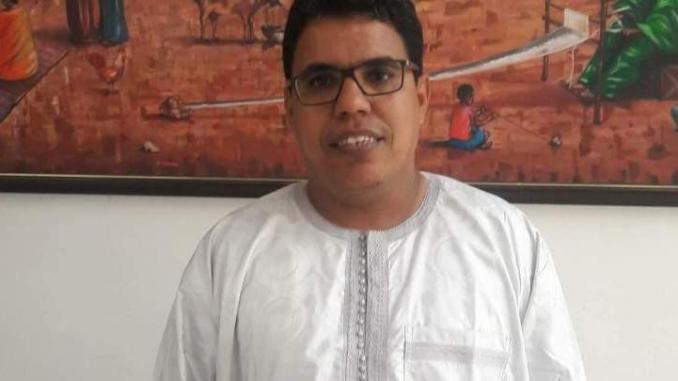 A dozen of Mauritanian journalists Thursday gathered in front of the office of the Prime Minister to demand the release of one theirs reported abducted Thursday by intelligence forces, reports say.
The protestors, Le360.ma reports, called for the release of Ahmedou Ould Wedia who is also member of the leading group in the Mauritanian parliament, RNRD [the National Rally for Reforms and Development]
Ould Wedia knows as very influential in the party was reported unaccounted for on Tuesday-Wednesday night. His relative alleged that he was kidnapped by forces from the National Security Directorate, DGSN.
The police established has made no comment over Ould Wedia disappearance.
The journalist’s alleged abduction comes amid tensions in the wake of June 22, 2019 elections won by ruling regime candidate, Mohamed Ould Ghazouani.
The RNRD during the elections backed former Minister Sidi Mohamed ould Boubacar who ranked third after polling 18 per cent of vote.
The Islamist party and Ould Boubacar rejected the result.