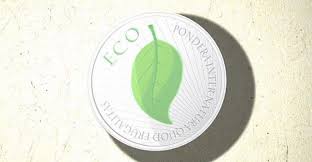 Heads of State of the 15-member West African Community of African States (ECOWAS) have adopted a flexible currency regime after making considerable progress on plans for a single currency in the region.

In a meeting held Saturday in the Nigerian capital Abuja, the bloc said it had made considerable progress on the single currency and has adopted “ECO” as the currency’s name. The “ECO” will be launched next year.

The idea of a common currency for the West African region was first mooted almost 30 years ago in the hope of boosting cross border trade and economic development.

The bloc has asked members to boost the identification of people to facilitate free movement and remove barriers to trade across the bloc.

The body acknowledged the worsening macroeconomic convergence among member states but urged members to improve performance especially as the deadline for setting up a monetary union nears.

According to the bloc’s leaders, the currency would be based on a flexible exchange rate regime, coupled with a monetary policy framework focused on inflation targeting.

Eight ECOWAS countries are gathered in an organization called the West African Monetary Union, or WAMU. They currently use the CFA franc.