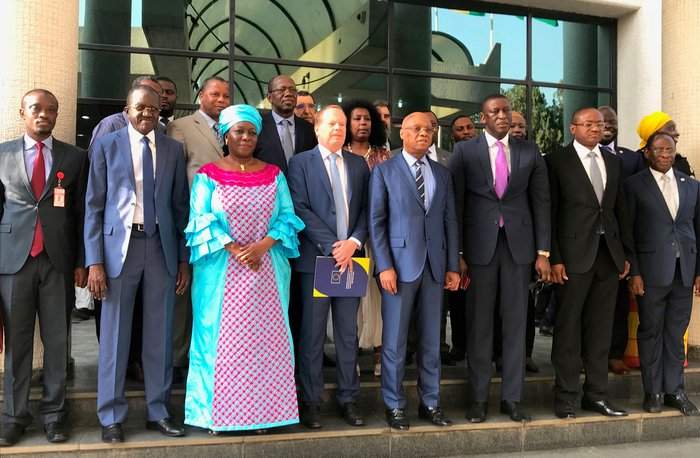 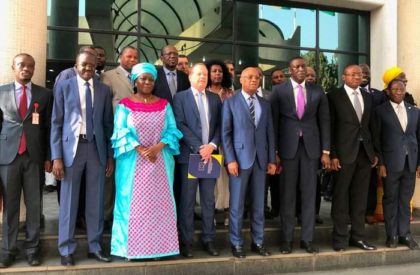 The African Development Bank and the Economic Community of West African States Commission (ECOWAS) have signed an agreement for a study into a highway linking Côte d’Ivoire’s commercial capital Abidjan, to Lagos in Nigeria, marking a new step in building regional integration and trade.

The agreement signed Monday for a study on the technical, implementation and operational aspects of the project, comes nearly five years after the presidents of Côte d’Ivoire, Ghana, Togo, Benin and Nigeria, signed a treaty on the establishment of the highway in March 2014.

The Bank has approved a financing package of $12.6 million to finance part of the study for the project and mobilized a € 9.1 million grant from the EU Commission, bringing the total ﬁnancing for this important study to $22.7 million.

By linking some of Africa’s largest and economically dynamic cities, the road will promote cross-border trade and integrate fast-growing economies within the ECOWAS. This is expected to contribute to reducing the poverty levels of the population that depends on inter-regional trade for livelihood.

Ebrima Faal, Senior Director of the Bank’s Nigeria office noted that “the Bank remains fully committed to the 2020 ECOWAS Vision. “We will work closely with the public and private sectors to unlock new sources of growth for Africa, while reducing inequality between countries and within countries.”

Being a patchwork of small and largely disparate economies, West Africa needs larger and deeper market integration to justify and promote industrialization, which is so important for its development, he said.

“Together, we can unlock the enormous potentials of the West African region and deliver on the Sustainable Development Goals for the region.”

The 1,080 km long corridor connects some of the largest and most economically dynamic cities in Africa, (Abidjan, Accra, Cotonou, Lomé and Lagos) while covering a large proportion of West Africa’s population. It also links very vibrant seaports in West Africa, a feature that will serve all the landlocked countries of the region, namely Burkina Faso, Mali and Niger.

The promoters of the project are expecting other partners such as Japan International Development Agency (JICA), the Deutsche Gesellschaft für Internationale Zusammenarbeit (GIZ), as well as the World Bank to join in the important project by contributing to bridge the traceable financing gap.

These are expected to be direct beneficiaries of the development of the project touted to be a real backbone of trade in the region.

North Africa Post's news desk is composed of journalists and editors, who are constantly working to provide new and accurate stories to NAP readers.
NEWER POSTTunisia: State of emergency extended for another month
OLDER POSTAlgeria: Army denies reports on arrest of 13 senior officers