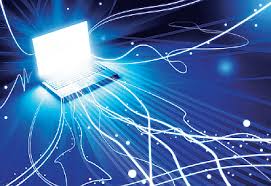 The inhabitants of the Tindouf camps (southern Algeria) have been complaining about the very slow speed of the Internet this weekend.

Some blame the Polisario for this restrictive move amidst growing censorship. It is not a complete shutdown but the sequestered inhabitants find it very hard to exchange online messages or use the Net.

According to a local source, the separatist leaders are restricting internet access in a bid to gag pro-democracy protesters and prevent them from using social media to expose the violations and crimes committed by the inner circles of the polisario chief, Brahim Ghali.

The slowing down of the internet is not fortuitous. It comes one day after the mother of Sahrawi activist Fadel Brika, who has been abducted by the polisario gunmen, posted a video on the web decrying her son’s disappearance.

The Polisario cannot lower the speed of the internet in the Tindouf camps without the approval of the Algerian rulers, as the separatist group does not have its own web network.

This vindictive measure comes on the backdrop of mounting social uproar and popular uprising in the region. Since June 17, three Sahrawi vocal opponents have been arrested for denouncing on social media the chronic corruption among the Polisario leaders.