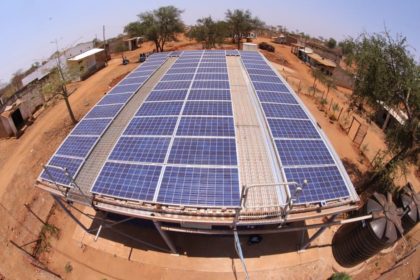 The African Development Bank (AfDB) has approved a loan of $500 million for Africa’s electrification through renewable energy.

The Energy Inclusion Facility (EIF) will distribute the loan among major project promoters and off-grid suppliers across the continent.

According to the pan-African financial institution, $100 million will go to off-grid providers to enable them expand their services, especially in rural areas where people are often not connected to the national electricity grid.

The rest of the loan, $400 million, is intended to support major projects. It will thus benefit independent power producers (IPPs), who develop projects of less than 25 MW, and who require an investment of around $30 million.

The European Union Commission has pledged to add €40 million to the AfDB’s financing.

Across 36 African countries, just 2 in 5 people have access to a reliable supply of energy throughout the day, according to a study by research network Afrobarometer.

Marred by insufficient capacity, poor reliability and high costs, the energy infrastructure in Africa is still problematic, with 25 nations in sub-Saharan Africa facing “a crisis,” according to The World Bank.