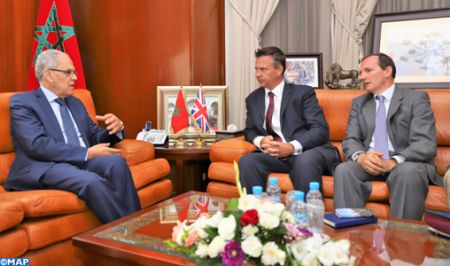 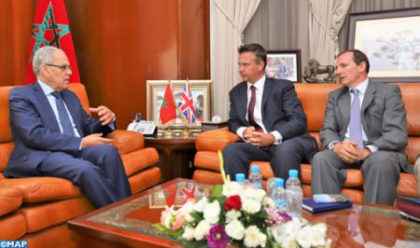 Morocco and United Kingdom are willing to further deepen their cooperation, particularly in the field of defense industry, which “could be integrated in a mutually beneficial way through sustainable investment and industrial development partnerships”.

The two countries’ shared willingness to step up cooperation in this field was voiced on Monday in Rabat by minister delegate for National Defense Administration Abdeltif Loudyi and UK minister for the Armed Forces Mark Lancaster.

During their meeting, the two officials reviewed various aspects of the Moroccan-British defense cooperation including the training of executives, the sharing of expertise, the holding of joint drills, regular meetings of military committees and frequent exchanges of visits by senior officials, says a statement released by the National Defense Administration.

The two officials praised the long-standing relations of friendship and cooperation existing between the two countries. They praised the strategic dialogue launched in 2018 between Rabat and London, to bolster political, diplomatic, economic, military, security, and cultural cooperation ties.

Talks also covered the regional security situation, particularly in the Mediterranean area and the Sahel-Saharan region.

In this regard, Mr. Loudyi highlighted Morocco’s steadfast commitment, stressing the importance of the multidimensional strategy, set by King Mohammed VI, to counter terrorism and ensure a humanist management of the migration crisis.