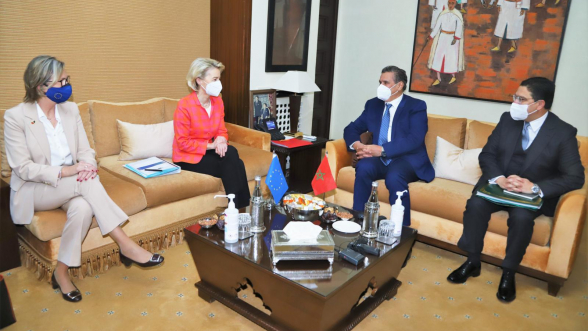 EU to invest €1.6 billion in Morocco as part of its Global Gateway strategy 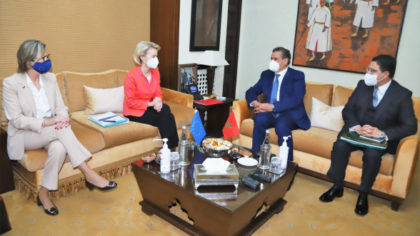 The European Union will invest €1.6 billion in Morocco to promote the green and digital transition. This investment is part of the new European strategy, called Global Gateway, launched last December.

The European Union will invest €1.6 billion (more than 17 billion dirhams) in Morocco. The announcement was made this Wednesday, February 9, 2022, by the President of the European Commission, Ursula von der Leyen, during her visit to Rabat.

“The EU is investing 1.6 billion euros in Morocco. This is a great opportunity for the green and digital transition. I hope that we will carry out major projects together, for the benefit of Moroccans,” said the European official in her Twitter account.

The European Commission President had announced earlier Wednesday at a joint news conference with Head of the Moroccan Government Aziz Akhannouch that the two sides are working on the development of a green partnership. This will “allow us to engage together in the development of greener energy,” she said.

This €1.6 billion investment is part of the new European strategy named Global gateway, launched on December 1, 2021.

According to the official website of the European Commission, this strategy aims to “develop smart, clean and secure links in the digital domains, energy, and transport and to strengthen health, education and research systems worldwide.”

This European model consists in investing, throughout the world and in particular in Africa, in both tangible and intangible infrastructures, in sustainable investments in the fields of digital technology, climate and energy, transport, health, education and research.

Global Gateway has set itself the goal of “mobilizing up to €300 billion of investments between 2021 and 2027 to support a sustainable global recovery, taking into account the interests of the EU and the needs of its partners”, explains the Brussels Commission.

It should be noted that Morocco is the first country to receive funding under this infrastructure program.

During her visit to Rabat, Ursula von der Leyen conferred with head of the Government Aziz Akhannouch and with Foreign Minister Nasser Bourita on means to strengthen the EU-Morocco strategic partnership, the global challenges facing Morocco and Europe as well as the new agenda for the Mediterranean.

At the joint press briefing with Aziz Akhannouch, the European Commission chief reaffirmed the will of the EU to continue to deepen the “strategic, close and solid” partnership with Morocco, recalling that the Kingdom is the first economic and commercial partner of the EU in Africa.

“I reaffirm our desire to continue to deepen our relations – as neighbors, as partners, as friends”, she stressed, affirming that the two partners can build a common and ambitious vision of their partnership.