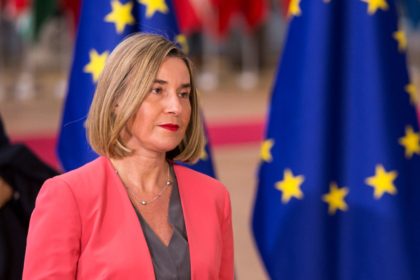 “We have for the first time used the same language on this issue,” she said at a joint press conference with Moroccan foreign minister Nasser Bourita following the 14th session of the Morocco-EU Association Council held in Brussels Thursday.

She said that the good understanding between Morocco and the EU regarding the Sahara issue is one of the most important results and the most positive ones which are boding well for the future.

The EU official was referring in this respect to the joint political declaration that was unanimously adopted following the meeting by EU member states and Morocco.

The document is unprecedented in the history of Moroccan-EU relations as the two parties reaffirmed their support for the UN efforts to reach a political, mutually acceptable and realistic solution to the Sahara issue with a spirit of compromise and in line with UN Security Council resolutions, notably resolution 2468 of April 30, 2019.

The declaration lauds Morocco’s “serious and credible” efforts and calls on all parties to continue their commitment in a spirit of compromise in conformity with the UN Charter.

The EU’s newly expressed stand rules out any reference to “self-determination” building on the UN’s position in favor of a realistic and lasting settlement.

The EU stresses the preeminence of Morocco’s autonomy initiative as the most credible and the most realistic solution to the regional conflict.

At the press conference, the European Union official also praised the deep socio-economic reforms undertaken in Morocco in a context of stability under the leadership of King Mohammed VI.

“During my last visit to Rabat in January, I was able to observe the development of far-reaching socio-economic reforms in Morocco, in a context of stability and under the impetus of its Sovereign, HM King Mohammed VI, with whom I had the opportunity and honor to meet,” Mogherini said.

“His twenty years of reign have enabled Morocco to deepen its partnership with the European Union while fully playing its role on the African continent and on the multilateral and of course regional scene, particularly in North Africa and the Arab world,” added Mogherini.

The Morocco-EU Association Council was marked by the adoption for the first time in the history of the EU’s relations with a neighboring country of a “joint political Declaration” which lays the foundations for a new statutory stage of equality and a “Euro-Moroccan partnership of shared prosperity”, giving a new impetus to their relations that meets their expectations and the challenges of the contemporary world.