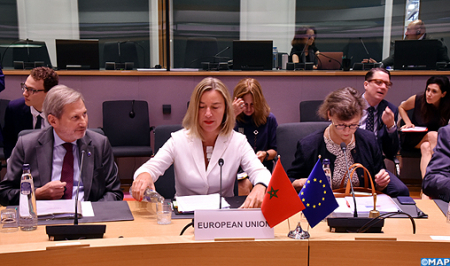 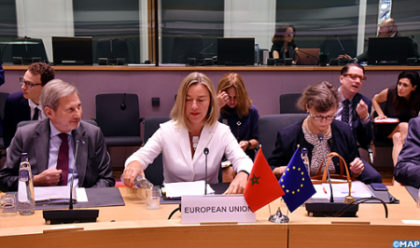 The European Union has welcomed the “serious and credible” efforts made by Morocco to solve the Sahara regional conflict, saying that these efforts were recognized by the UN Security Council in its resolution 2468 adopted end of April 2019 with a large majority.

In the joint declaration issued in Brussels Thursday following the 14th meeting of the EU-Morocco Association Council, the two sides reaffirm their support for the efforts made by the UN Secretary-General to continue the political process aiming to reach a just, realistic, pragmatic, lasting and mutually acceptable political solution to the Sahara, based on compromise in accordance with the UN Security Council resolutions, and in particular Resolution 2468.

EU encourages all parties to the Sahara conflict to continue their engagement in a spirit of realism and compromise, in line with principles set out in the United Nations Charter, the joint declaration states.

The 14th meeting of the Morocco-European Union Association Council was chaired by the EU High Representative for Foreign Affairs and Security Policy, Federica Mogherini and Moroccan Foreign Minister, Nasser Bourita.