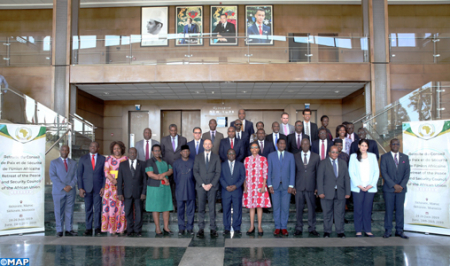 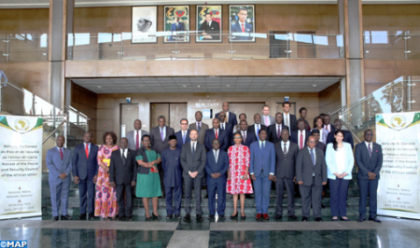 The Peace and Security Council (PSC) of the African Union has thanked King Mohammed VI, the Moroccan Govt and people for hosting its three-day meeting convened in the Atlantic coastal city of Skhirat (near Rabat) June 24-26.

The Skhirat gathering has enabled the 15-member PSC to review its working methods for a better prevention, management and resolution of conflicts in the African continent.

In a statement released following their meeting, the Council members recognized the PSC achievements and the challenges facing the continent to silence guns in Africa by 2020. They also agreed to reform the PSC working methods and adopted a guide in this regard.

During the meeting, Morocco’s Minister Delegate for African Cooperation, Mohcine Jazouli called for ushering a genuine reform of the PSC to enable this AU body better address the challenging security and development issues in Africa.

The PSC is tasked with anticipating and preventing disputes and conflicts. Its missions also include undertaking peace-making and peace-building initiatives to resolve conflicts, authorizing the deployment of peace support missions, promoting peace, security and stability in Africa, among others.