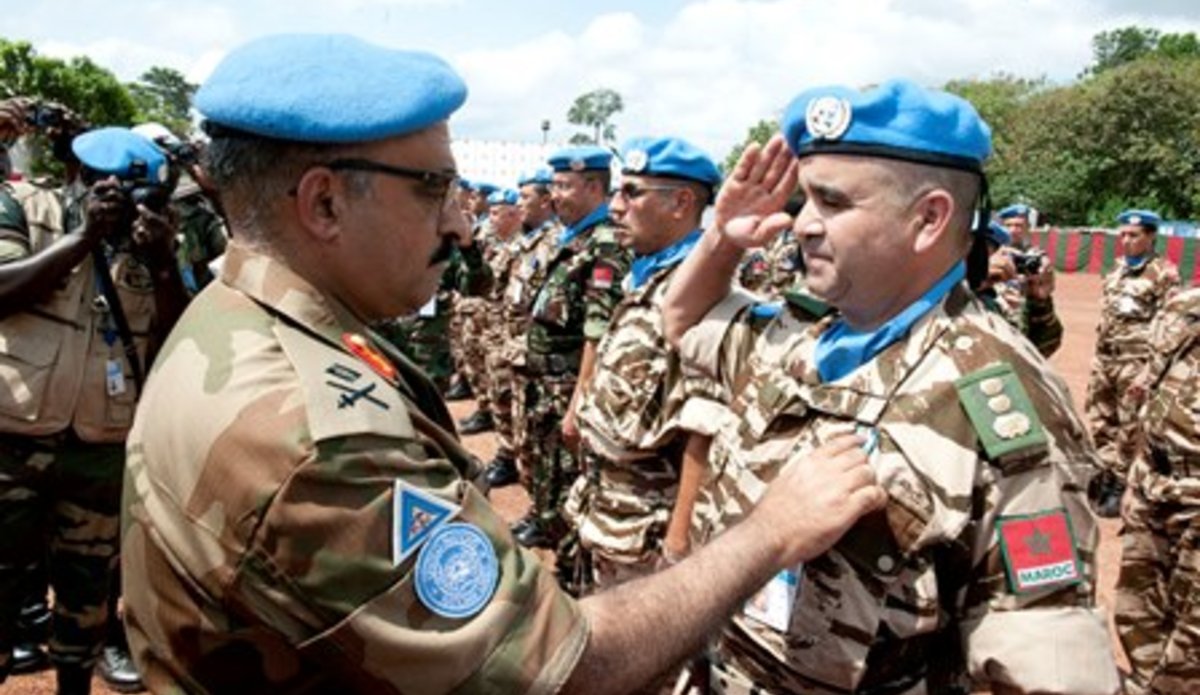 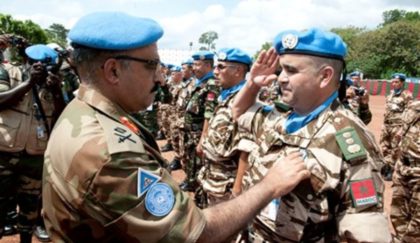 The UN highlighted the sacrifices of Moroccan peacekeepers who served in different UN missions across the continent describing the North African country as a key partner.

“Morocco is a longstanding and key partner for the UN peacekeeping operations,” UN peacekeeping spokesman Nick Birnback told the Moroccan news agency on the international day of peace keeping, marked earlier this month.

He said Moroccan blue helmets are serving in some of the most hostile environments citing the peacekeeping mission in the Central African Republic and the Democratic Republic of the Congo.

He paid tribute for the 43 Moroccan soldiers who lost their lives on duty for the causes of peace in Africa.

Five Moroccans were among the 128 personnel, who lost their lives in the line of duty in 2015, and who were honored by the United Nations with the Dag Hammarskjöld Medal.

Medals were thus awarded to Adil Khtira who died on 7 September 2015 while serving in the UN Multidimensional Integrated Stabilization Mission in the Central African Republic (MINUSCA), and to El Hachmi Khalad and Kamal Tahiri, who were serving in the UN Operation in Côte d’Ivoire (UNOCI) when they made the supreme sacrifice on January 27, 2015.

With more than 2,300 peacekeepers, the Kingdom is currently the 15th troop contributor to United Nations peace operations.

Some 1300 Moroccan soldiers are currently deployed in Central African Republic and 200 others in the Democratic Republic of the Congo.

Morocco, a historic contributor to UN peacekeeping operations, has, over the past 60 years, deployed some 70,000 soldiers, as well as several field hospitals under the aegis of the United Nations.