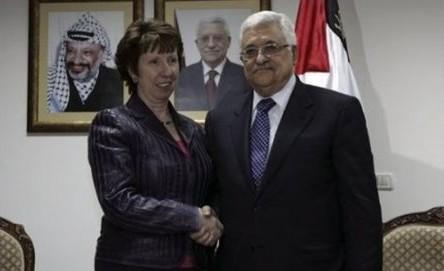 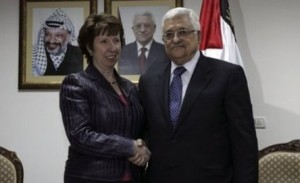 The European Union has made a contribution of approximately €20.8 million to the payment of February’s salaries and pensions of almost 82,000 Palestinian civil servants and pensioners in the West Bank and the Gaza Strip and called on all other donors to provide their promised financial support to the PA, a press release announced on Wednesday.
This contribution, which is channelled through the PEGASE mechanism, is being funded by the European Union (€20.0 million) and the Government of the Netherlands which has earmarked €0.8 million specifically for PA salaries in the Justice sector.
“This is the third PEGASE contribution in 2013 to the Palestinian Authority’s payment of salaries and pensions to help provide public services to the Palestinian people. The Dutch government has made once again a generous contribution,” said the EU Representative John Gatt-Rutter.
“It is of fundamental importance that we protect the PA’s achievements in building sustainable Palestinian institutions. Regular and predictable transfers of Palestinian customs and tax revenues must be ensured,” the EU Representative said, adding that the EU “calls on all other donors to provide their financial support to the PA in a timely and reliable manner,”.
Most of the European Union’s assistance to the Palestinian Authority is channelled through PEGASE, the financial mechanism launched in 2008 to support the PA Reform and Development Plan (2008-2010) and the subsequent PA Palestinian National Plan (2011-2013).
Besides helping the PA meet a substantial proportion of its running costs, European funds are destined to support major reform and development programs in key ministries, to help prepare the PA for statehood. This is in line with the state building plan put forward by Prime Minister Salam Fayyad in August 2009.
Since February 2008, around €1.4 billion have been disbursed through the PEGASE Direct Financial Support programs. In addition, the EU has provided assistance to the Palestinian people through UNRWA and a wide range of cooperation projects.
On Tuesday, following a meeting with Palestinian Prime Minister Salam Fayyad in Brussels, EU foreign policy chief Catherine Ashton announced the adoption of the EU-Occupied Palestinian Territory Action Plan.
“This Action Plan is a result of a shared commitment to deepen our bilateral relations and strengthen our privileged partnership,” Ashton said, adding discussions with Prime Minister Fayyad focused on “how best to implement the shared objectives of this Action Plan, particularly the objective to launch agreement for a fully-fledged Association Agreement.”
Ashton also announced the signature of a €7 million financing agreement aimed at supporting the Palestinian presence and promoting social and economic development in Area C.
“… It is also about a commitment to a Palestinian state based on the rule of law and respect for human rights; it’s about working towards sustainable economic development, about achieving fiscal consolidation and enhancing social cohesion throughout Palestine. It is also about focusing our efforts on East Jerusalem, the Gaza Strip and Area C,” explained the EU High Representative.
Area C is under complete Israeli administrative and military control, and comprises all Israeli settlements – including roads, buffer zones, and other infrastructure – and Israeli military training areas. Less than five per cent of the Palestinian population of the West Bank lives in Area C – yet it covers more than 60 per cent of the Palestinian territory.