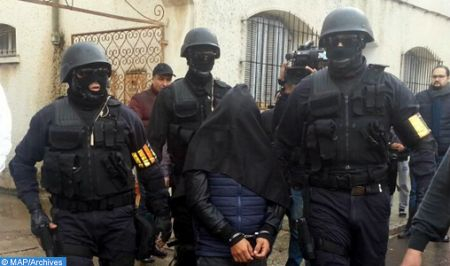 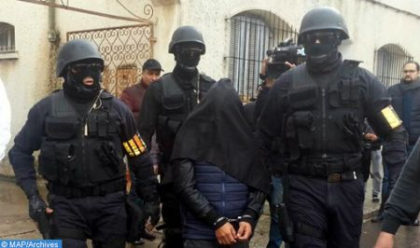 Shortly after the Moroccan bureau for judicial investigation, an offshoot of domestic intelligence agency, announced Tuesday the arrest of six members of a terrorist cell in Salé, near Rabat, they proceeded to the arrest of another individual in the Southern city of Dakhla.

Investigations on the pro-ISIS terrorist cell, dismantled on Tuesday morning in Sale, led to the arrest in Dakhla, in coordination with the city’s police services, of another individual suspected of having ties with the members of the dismantled cell, said the BCIJ in a statement.

The six individuals arrested in Salé swore allegiance to ISIS and were at an advanced stage in their preparation for perpetrating attacks in the Kingdom.

The arrested individuals, aged between 22 and 28, used to attend the same mosque and held meetings to plot for terrorist attacks.

The group’s leader was the youngest member and is currently unemployed and is living with his parents.

Since 2011, there has been no attacks in Morocco until December 2018 when four lone wolves killed last December a Norwegian and Danish tourists near the village of Imlil.