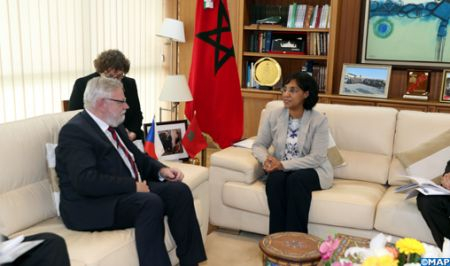 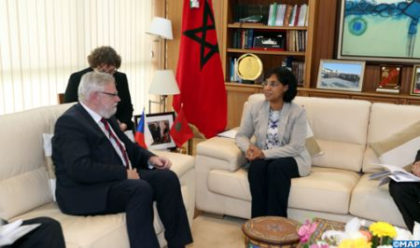 The Czech Republic supports a peaceful, realistic and lasting resolution of the Sahara issue through UN-led process, said on Wednesday in Rabat Vice-speaker of the Czech Senate Jiří Oberfalzer.

Speaking to journalists after his meeting with Secretary of State for Foreign Affairs Mounia Boucetta, Mr. Oberfalzer welcomed the autonomy plan offered by Morocco for the settlement of the Sahara issue, saying the Moroccan plan offers a lasting solution to this regional conflict.

His talks with Mrs. Boucetta also covered cooperation between the two countries in the political field, particularly within the European Union (EU) and at the United Nations as well as the investment and business opportunities offered in Morocco and the Czech Republic.

Jiří Oberfalzer stressed the need to bolster further the Moroccan-Czech economic and commercial relations, paving the way for the building of strategic win-win partnership.

For her part, Mrs. Boucetta praised the excellent ties existing between the two countries at the political, economic and parliamentary levels.

Morocco is the 2nd major investor in Africa and the gateway for investment in the continent, which opens up important opportunities for the Czech business community to set up a tripartite cooperation, she added.

“We also discussed Morocco’s autonomy plan for the Sahara, which is in line with the UN resolutions, offering a pragmatic, realistic and lasting solution to the Sahara conflict,” said Mrs. Boucetta.