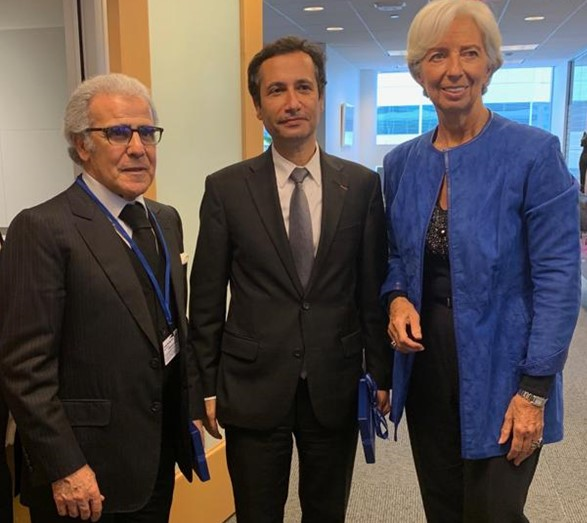 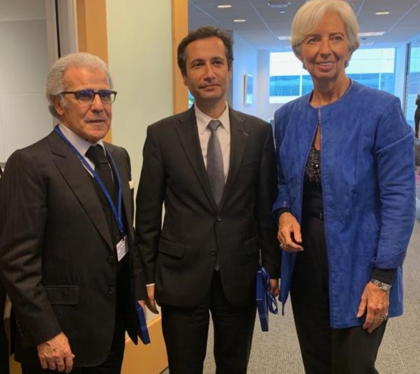 Managing Director of the IMF, Christine Lagarde, has hailed the performance of the Moroccan economy and reaffirmed the support of the International Monetary Fund to the efforts made by the country to speed up reforms to promote a stronger and inclusive growth.

The remarks were made at a meeting held in Washington with Moroccan economy minister Mohamed Benchaaboun on the sidelines of the 2019 Spring Meetings of the World Bank and IMF, convened April 12-.14.

During their talks, Benchaaboun and Christine Lagarde welcomed the progress made in preparation for the 2021 IMF and WB Annual Meetings due in Marrakech to bring together central bankers, ministers, private sector executives, civil society and academics.

The Moroccan minister reiterated the North African Kingdom’s commitment to ensure the success of this important event.

This meeting was an opportunity for Benchaaboun to underline Morocco’s pledge to continue reforms, as part of the debate on the new development model, in order to promote jobs creation, strengthen human capital and bolster the private sector.

The agenda of the IMF-WB Annual Meetings of Marrakech features debates on issues of global concern, including the world economic outlook, global financial stability, poverty eradication, inclusive economic growth and job creation, climate change, and others.

The last time the WB-IMF annual meetings were held in Africa was in 1973, in Nairobi, Kenya. The Annual Meetings are usually held for two consecutive years in Washington, and every third year in another member country.