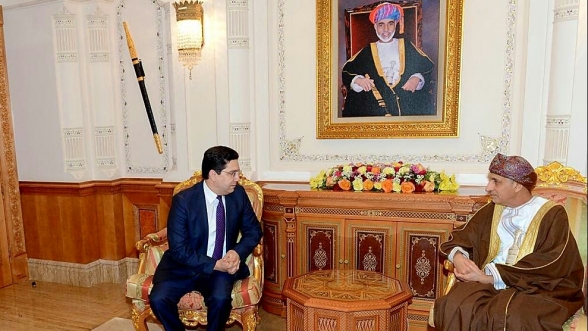 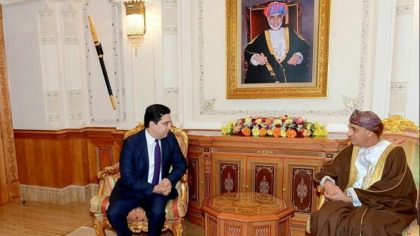 Moroccan Foreign Minister Nasser Bourita who embarked since April 9 on a Gulf tour with messages from King Mohammed VI to the rulers of the Gulf countries continued his tour Thursday with visits to Doha and then to Muscat.

After his visit in Doha where he was received by the Emir of Qatar Tamim Bin Hamad Al-Thani, to whom he handed a message from King Mohammed VI, dealing with bilateral relations and the situation prevailing in the region, Bourita flew to Oman to convey a similar message to Sultan Qaboos Bin Saïd.

Bourita’s tour started with Kuwait where he met with the Deputy Emir Nawaf Al-Ahmad Al-Jaber Al-Sabah, Crown Prince of the Emirate, before meeting with Nasser Sabah Al-Ahmed Al-Sabah, First Deputy Prime Minister and Minister of Defense.

Nasser Bourita then took part in a meeting of the joint Morocco-Kuwait commission marked by the signing of five cooperation agreements.

In the minutes of the commission, Kuwait reiterated its support for Morocco’s territorial integrity and sovereignty over the Sahara.

The Foreign Minister then flew to Riyadh where he met separately Saudi Crown Prince Mohammed Ben Salman and King Salman.

This tour coincides with the ongoing debates on the Sahara issue at the level of the UN Security Council. A briefing on MINURSO took place on April 1, followed the next day by the presentation of the new report of the UN Secretary General Antonio Guterres.

The report was debated earlier this week by the fifteen member countries of the Security Council. By the end of the month, the Security Council, of which Kuwait is a non-permanent member, will vote on a new resolution on the Sahara that is expected to renew the MINURSO mandate for another six months.

The process of quadripartite talks (between Morocco, Algeria, Polisario and Mauritania), initiated last December in Geneva, under the auspices of the UN Personal Envoy for the Sahara, Horst Köhler, will also be one of the main topics of the resolution.