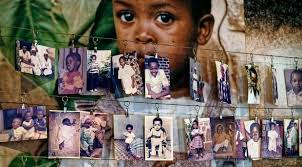 As the Rwandan government on Sunday raised the curtain of a three-month remembrance period, marking the 25th anniversary of the 1994 Rwandan genocide against the Tutsi, King Mohammed VI addressed a written message to President Paul Kagame.

The royal message expresses Morocco’s solidarity with the Rwandan people and renews its strong resolve to bolster bilateral relations at all levels, said head of the Government Saad Eddine El Othmani who handed over the message to President Kagame.

El Othmani, who had been dispatched by the King to attend the genocide commemoration, said in Kigali that President kagame has entrusted him with conveying his greetings to the Sovereign and his consideration for the key role he plays at the level of the continent.

The genocide claimed the lives of over 1 million people, mainly ethnic Tutsis. The annual commemoration is held every year from April 7 to July 4 in line with the period of the genocide.

“In 1994 there was no hope, only darkness. Today light radiates from this place,” President Kagame said during the memorial.

African Union Commission Chairperson Moussa Faki Mahamat, and President of the European Commission Jean-Claude Juncker joined President Kagame and his spouse to lit the flame of remembrance after laying wreaths together with other heads of state and government at the Kigali Genocide Memorial, the final resting place for more than 250,000 victims of the genocide.

The UN is also celebrating April 7 as “the International Day of Reflection on the 1994 Genocide against the Tutsi in Rwanda”.