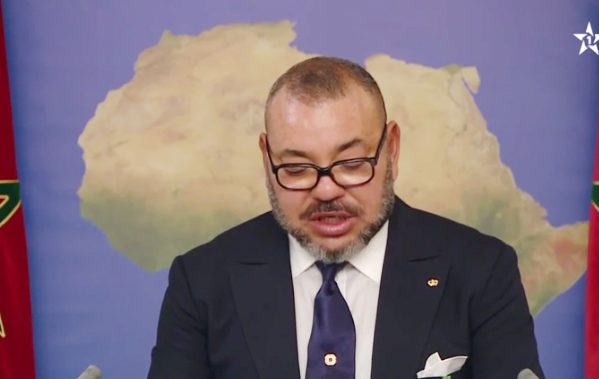 By Returning to AU, Morocco Will not Compromise on its Territorial Integrity, King Says 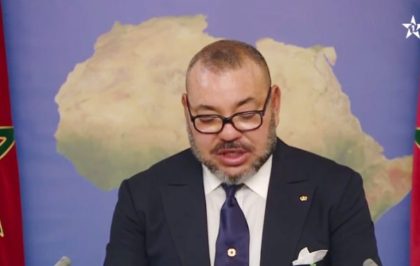 Morocco’s return to the African Union does not mean changing the Kingdom’s unwavering position regarding the Sahara issue and its territorial integrity, King Mohammed VI said in the Green March speech, delivered from Senegal’s capital Dakar on Sunday evening.

Returning to the African Union will also enable Morocco “to foil their attempts to insert fallacies into resolutions which are contrary to the base set by the United Nations for the settlement of this fabricated regional dispute and to the stances adopted by most African states,” said the King, underlining that “Morocco’s return to the African Union is not a tactical decision, nor is it motivated by passing considerations.”

“It is a rational decision, taken after careful thought,” he insisted, underlining that “In any case, Morocco is returning to its natural place and is supported by an overwhelming majority to reclaim its seat within the African institutional family.”
.
In the speech, the Monarch also highlighted the success of Morocco’s African policies “both at the level of political stances regarding the issue of our territorial unity, and in terms of further economic involvement and stronger relations with various African countries.”

He expressed satisfaction with Morocco’s status in Africa as an influential regional power that enjoys the “esteem and trust” of African leaders and peoples alike.

In this regard, the King urged the Moroccan government “to adopt a comprehensive, integrated policy towards Africa and deal with the continent as one bloc.”

The King who expressed strong belief that a Moroccan consolidated African policy would contribute to safeguarding Morocco’s  national and territorial unity, also urged the cabinet members “to grant as much importance to Africa as to their missions and trips to western countries.”