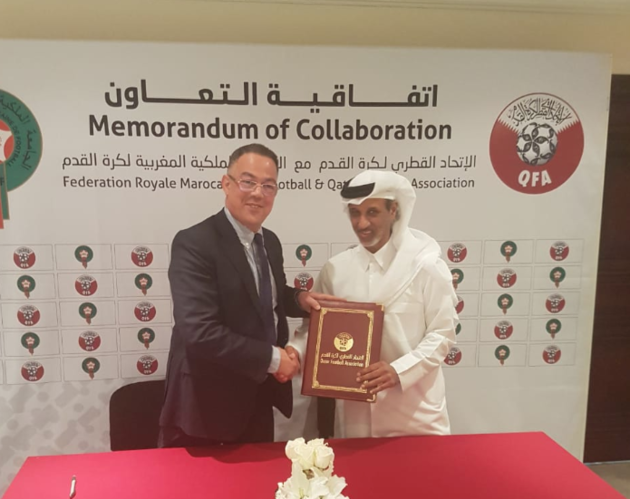 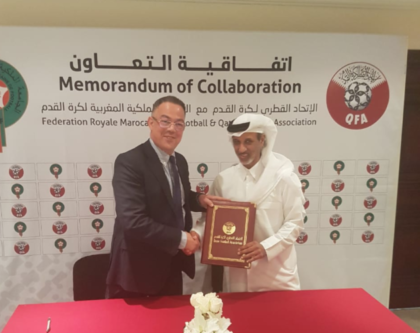 Morocco’s football federation (FRMF) and its Qatari counterpart (QFA) have signed a set of deals that will enable local and national teams of both countries to arrange friendly ties and using each other’s facilities.

The agreements include experience sharing in refereeing, training as well as use of sport facilities of both countries. The agreements also set a framework for friendly matches between local and national teams of the two countries.

Qatar had supported Morocco’s bid to organize the FIFA 2026 World Cup that it lost the USA-Canada-Mexico’s joint tender.