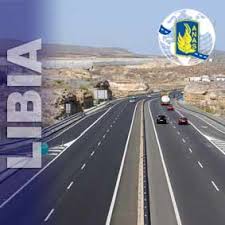 The Italian ambassador to Libya has called on the UN-backed Government of National Accord (GNA) to provide security measures for an Italian company awarded a road construction tender to link the far east of the country to the western region.

The request came during a meeting between the Italian envoy Giuseppe Buccino Grimaldi and the Libyan Transport Minister Milad Ma’atoug, on Sunday, Libya Observer reports.

The road project dubbed “The Alternative Road” will link Imsaad in the east and Ras Ajdair in the far west, the media notes.

The report does not mention the company entrusted with carrying out the project but notes that the GNA gave the contract to Italy as part of the Italian occupation compensation deal, which is part of the 2008 Italy-Libya Friendship Agreement.

Libya has become since 2011 a lawless country with two different rival administrations competing for foreign support.

The GNA, established in 2015 under the Skhirate agreements signed in Morocco, has been struggling to impose its authority over the entire country.

The eastern region of the oil-rich country has been under the realm of a rival government supported by the so-called Libya National Army (LNA) of warlord Khalifa Haftar.

Rome in November tried to snatch an agreement from the rival parties but the talks failed with Haftar refusing to sit with GNA leader Faiez Serraj.