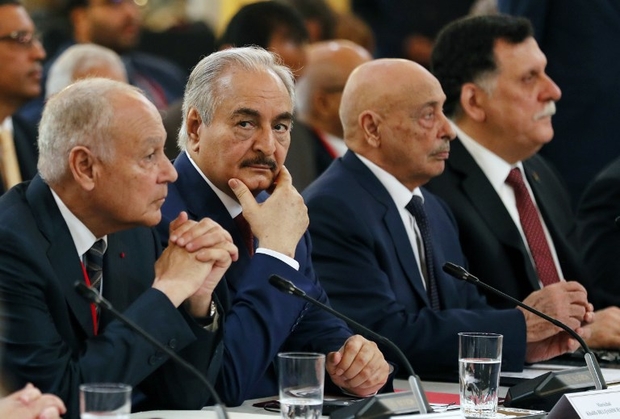 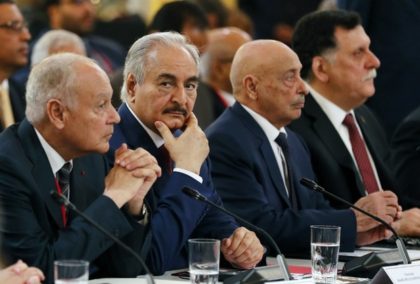 Stakeholders in the Libyan conflict agreed Tuesday in Paris to hold elections on December 10 as France and UN push to end seven years of instability.

UN-backed Prime Minister Faiez Serraj, military commander of so-called Libyan National Army Khalifa Haftar and heads of rival assemblies agreed in principle in an eight-point document to hold the country’s first elections since 2014 on December 10 and to abide by the results.

The protagonists gathered in the Paris under auspices of French President Emmanuel Macron and in the presence of UN Special envoy to the North African country Ghassan Salame.

The conference, the second sponsored by President Macron after a previous meeting in July 2017, aimed at getting agreement between rival parties haggling over the country’s control.

Under the final statement adopted Tuesday, the parties also agreed in principle to finalize constitution laws and to approve them by September 16.

The North African country descended into chaos in the wake of the NATO-backed revolt, which toppled leader Muammar Gaddafi.

Elections held in 2014 to endow the oil-producing country with a central administration instead ignited further chaos, providing fertile ground for the Islamic State and human smuggling.

Serraj hailed the agreement but noted that challenges still stand and will stand on the road to the elections.

“Nobody says it will be a path layered with roses. The challenges exist and will continue to grow,” Seraj told a news conference.

“Last month there was a terrorist attack and there are a certain number of enemies to this democratic process.”