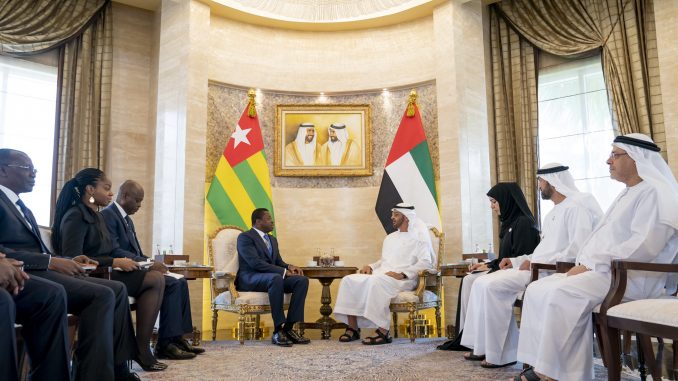 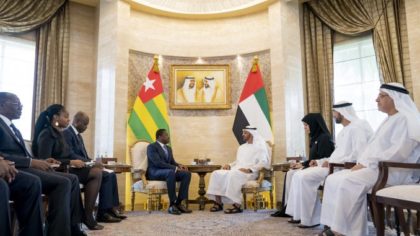 The United Arab Emirates’ Khalifa Fund for Enterprise Development will support Togolese micro, small and medium-sized enterprises and industries with $15 million as part of the UAE’s efforts to support development programs in a number of friendly countries and also in a bid to enhance relations between the UAE and Togo.

The $15 million agreement between Khalifa Fund and Togo’s Ministry of Finance was signed Monday in Abu Dhabi in the presence of Sheikh Mohamed bin Zayed Al Nahyan, Crown Prince of Abu Dhabi and Deputy Supreme Commander of the UAE Armed Forces, and visiting President Faure Gnassingbe of Togo.

Chairman of Khalifa Fund for Enterprise Development, Hussain Jasim Al Nowais, said under the agreement, the Fund will provide financial and technical frameworks to support Togo’s development efforts, and empower entrepreneurship and SMEs in the country.

Besides promoting growth in Togo in general, the deal will encourage young innovative individuals unleash their skills, and will enable the creation of new jobs and the empowerment of female entrepreneurs, Al Nowais added.

Khalifa Fund was established in Abu Dhabi in 2007, with the aim to lead entrepreneurship development and facilitate growth of competitive SMEs in the UAE and abroad.

According to Togolese media, President Gnassingbe’s visit to the UAE falls in the context of his drive to mobilize investments for Togo’s 2018-2022 National Development Plan (NDP), assessed at $8.3 billion. Togo intends to mobilize 65% of the financing from the private sector.

The NDP is the reference document on the structural transformation of the Togolese economy aiming, among other things, to create 500,000 jobs and to achieve an economic growth rate of 7.6% by 2022, based on growth envisaged at 5% in 2019.