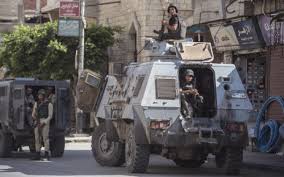 The Egyptian army said it has eliminated 46 militants in the restive Sinai province in several gun battles that also claimed lives of three soldiers.

The army in February last year launched an operation in the Sinai province to flash out Islamist state fighters and other militant groups.

In a video recording made public Monday, the army said it lost three soldiers but killed 46 fighters whom it branded “dangerous”.

“Over the last period” the campaign had resulted in “the elimination of 46 very dangerous members of terrorist elements during exchanges of fire in the north and central Sinai…,” the army said without elaborating on the places and the dates of the clashes.

The army added that it arrested about 100 fighters and seized over 30 cars, scooters and 200 explosive devices.

Hundreds of fighters have been killed since the outset of the campaign, according to the army’s figures.

Al-Sisi had ordered the army to use “brute” force in the Sinai province operation. The move was denounced by human rights organizations, which accused the North African country of carrying out extrajudicial executions and of trying civilians in military courts as part of the crackdown.