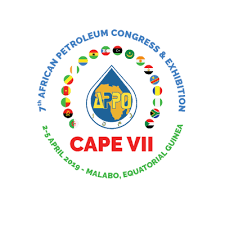 In a press statement, the African Petroleum Producers Organization (APPO) said the event will focus on policy reforms, Africa’s influence in energy geopolitics and increasing cooperation amongst African countries.

The President of Equatorial Guinea, the Secretary General of OPEC and 20 African oil and gas ministers are expected to attend Africa’s most influential gathering for the energy industry.

According to africaoilandpower.com news portal, Nigerian Minister of State for Petroleum and President of the APPO, Emmanuel Ibe Kachikwu, will present the foundational reforms of the APPO, and the organization’s aim to create a strong unifier of African oil producers on the international stage.

APPO CAPE VII will also set the agenda for African producers’ interactions with global producers and markets in 2019 and beyond.

Earlier this year, the APPO president announced that the organization is to mobilize up to $2 billion of resources to fund critical areas of infrastructural collaboration in Africa.

According to him, the whole idea is to mobilize between $1 billion and $2 billion of resources to fund all the essentials necessary “for us to properly collaborate.”

A major reform, which would reposition APPO and make it relevant, had already been completed, he said, adding that part of the reforms was an increased synergy that would help to mobilize the investment needed to facilitate and deliver the major infrastructure required by the continent.