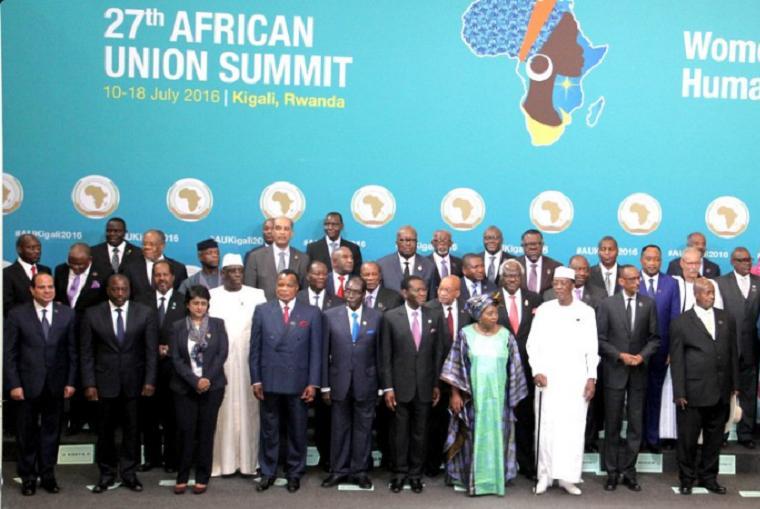 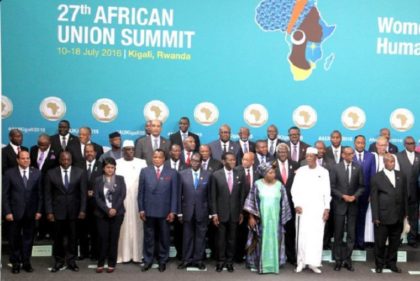 More countries have joined the group of 28 member states of the African union, which addressed last Monday a motion to the AU chair expressing support to Morocco’s return to its African family and demanding the suspension of the self-proclaimed Sahrawi Republic from the pan-African organization.

In this vein, Egypt’s Ambassador in Rabat, Ihab Jamaleddine said his country “welcomes and supports the will of brotherly Morocco to join the African Union and to resume its role in African bodies.”

The diplomat also expressed Egypt’s hope to see “Morocco regain its role within the African family as soon as possible,” adding that there is a permanent coordination on this issue between the two countries.

Madagascar has also expressed support to Morocco’s “legitimate” return to the African Union.

An official statement, initialed by President Hery Rajaonarimampianina, states that Madagascar “welcomes” Morocco’s decision and will “work to ensure that this legitimate return be effective as soon as possible.”

Madagascar “warmly welcomes” the message sent by King Mohammed VI to the 27th Summit of the African Union, the statement said.

The President of the Republic of Madagascar, while being “aware of the particular circumstances” in which the “SADR” was admitted to the Organization of African Unity, “has decided to take action to enable the African Union play a constructive role and contribute positively to UN efforts for a final and mutually acceptable settlement of the regional dispute over Sahara,” said the statement.

Last Sunday, Morocco officially requested to regain the African Union after 32 years of an empty seat policy within the pan-African organization.

“Today, Morocco wishes resolutely and unequivocally to regain its place within its institutional family and to continue to live up to its responsibilities, with even more resolve and enthusiasm,” King Mohammed VI said in a Royal message addressed to the 27th summit of the African Union held in the Rwandan capital Kigali on July 17.

The following day, 28 member states of the African union welcomed in a motion Morocco’s decision to rejoin the African Union, and pledged “to work so that this legitimate return be effective as soon as possible.”
The 28 signatories of the motion also promised “to act for the immediate suspension of the “Sahrawi Arab Democratic Republic” from the activities of the African Union and all its bodies, to enable the AU to play a constructive role and contribute positively to UN efforts for a final settlement to the regional dispute over the Sahara.”
Several African heads of State applauded Morocco’s decision to reintegrate the African Union, stressing that Morocco’s place “is within the African Union”.
Morocco is a “great African country” that has been contributing “much to security and prosperity in the continent, but also to diplomatic relations and cooperation”, said President of Côte d’Ivoire Alassane Ouattara. “Within our grouping, this will only strengthen its role, its place and its leadership,” said the Ivorian Head of State.
Rwanda also expressed its strong and unequivocal support to Morocco’s return to the African fold hailing the move as “extremely positive and beneficial for the Kingdom and for Africa after an absence of 32 years.”

“Without Morocco, the African unity lacks an essential component,” said Rwandan Foreign Minister, Louise Mushikiwabo at a press conference, at the end of the AU summit.
“I speak on behalf of my country and I can speak about this specific question on behalf of several other African countries, who attended the Summit, Morocco is welcome within the AU…It would be shameful to continue to see Morocco outside the AU,” she insisted.
Outside the continent, France has also encouraged Morocco’s return to the African Union, deeming that this decision constitutes an “important contribution to the growing integration of the African continent.”
“Morocco’s return to the African Union would make an important contribution to the growing integration of the African continent, which France is encouraging”, French Foreign Ministry Spokesman, Romain Nadal, said at a press briefing.
“A united Africa is indeed a factor of peace, stability and development for the continent and the rest of the world”, he stressed.
The motion addressed to the AU acting Chairman was signed by Presidents of Benin, Burkina Faso, Burundi, Cape Verde, Comoros, the Congo, Côte d’Ivoire, Djibouti, Eretria, Gabon, Gambia, Ghana, Guinea, Guinea-Bissau, Equatorial Guinea, Liberia, Libya, Central African Republic, Democratic Republic of the Congo, Sau-tome, Senegal, Seychelles, Sierra Leone, Somalia, Sudan, Swaziland, Togo and Zambia.