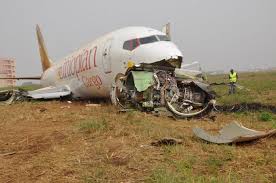 Two Moroccan passengers were among the 157 people killed in the crash of an Ethiopian Airlines jet, which crashed Sunday six minutes after takeoff, near Tulu Fara village outside the town of Bishoftu, 40 miles south-east of the Ethiopian capital.

The identity of the Moroccan victims has not been revealed yet. Citizens of at least 35 countries died in the crash, including 22 UN staff heading for an assembly of the UN Environment Program in Nairobi, the airline said.

The 4-month-old Boeing 737-8 MAX plane, which was leaving Addis Ababa en route to Nairobi, carried 149 passengers and eight crew members. There were no survivors.

The cause of the disaster has not yet been determined. The pilot had reported difficulties and had asked to return to Addis Ababa, the airline said.

“At this stage, we cannot rule out anything,” Ethiopian Airlines CEO Tewolde Gebremariam told reporters.

The 737 Max-8 aircraft of the Ethiopian Airlines is relatively a new plane, having only been in commercial use since 2017. Another plane of the same model was involved in a crash less than five months ago, when a Lion Air flight crashed into the sea near Indonesia with nearly 190 people on board.